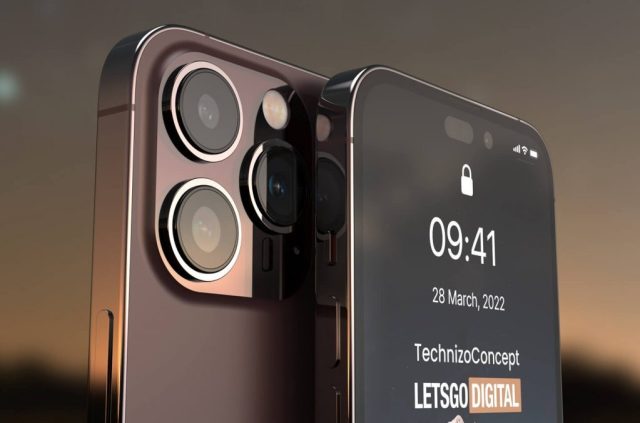 The Dutch publication LetsGoDigital, which usually deals with the unveiling of patented products by companies such as Apple and Samsung, also makes some of the highest quality 3D models with them, and those for iPhone 14 Pro seem to be (almost) perfect. LetsGoDigital has released a presentation clip that is so well done that it seems to have been released by Apple, in which we can see the (probably) final design of the phone, made based on the latest plans that have been leaked on the internet .

LetsGoDigital created these images in partnership with TechnizoConcept, and the proportions and new features of the devices were made in great detail in 3D modeling software. The results are impressive, but not exactly surprising. I’ve already seen multiple leaks talking about the iPhone 14 Pro, which doesn’t seem to have a significantly different design than the current iPhone 13 Pro.

Read:  Galaxy M23 could come with an important compromise compared to the A23 version

Apart from replacing the notch in the display with a double cutout, one for Face ID and one for the front camera, the phone looks almost identical to the current iPhone 13 Pro. The camera module may be slightly larger, but otherwise the metal edges and position of the buttons appear to be identical. Those behind these images have also taken some creative liberties when it comes to colors, as they feature phones in Gray, Gold, Green, and a burgundy-like brass on the Galaxy S22 Ultra.

It is rumored that the iPhone 14 Pro will come bundled with the Apple A16 Pro chip, a model made on 4nm architecture, but also with a 48-megapixel main camera, compared to the current 12-megapixel one. The launch is expected in September, and the price could increase by $ 100 / euro compared to the previous generation.

Read:  MIT researchers have created boxes as thin as a sheet of paper. They could be glued directly to the walls. VIDEO