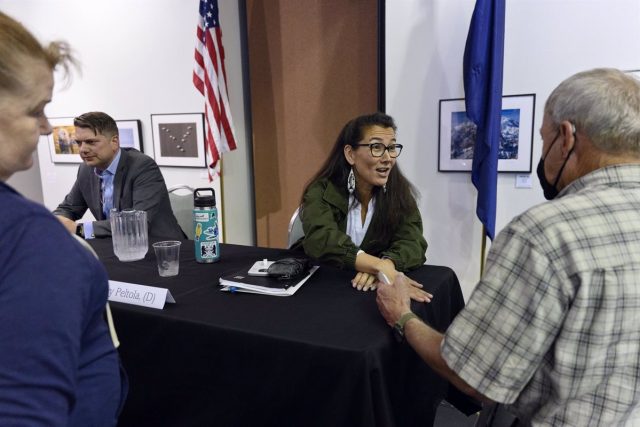 Democrat Mary Peltola won a special election for the U.S. House of Representatives in Alaska on Wednesday, becoming the state’s first Democratic Party representative since 1971.

With more than 50 percent of the vote, the Democratic congresswoman prevailed over Republican Sarah Palin, becoming the first Alaska Native to win a congressional seat, as well as the first woman to capture the state’s at-large district, CNN reported.

Peltola’s victory flips a seat that had long been in Republican hands, after Republican Congressman Don Young died in March after serving 50 years in the seat as his state’s only representative.

Read:  Radiography of journalism in Mexico: an incessant trickle of murdered professionals

Thus, the Democratic representative will serve out the remainder of Young’s term until next November’s midterm elections, where she must run again for re-election, as reported by ‘The Washington Post’.

“It’s overwhelming. And it’s a very good feeling. I’m very grateful that Alaskans have put their trust in me,” Peltola said in an interview with the newspaper shortly after her victory in the office of her campaign advisers, where she had to break off mid-conversation to take a call from Sen. Lisa Murkowski (R-Alaska). “I will go to work immediately,” he said.

Read:  Manuel Valls will present himself to parliamentarians in France for Macron's party