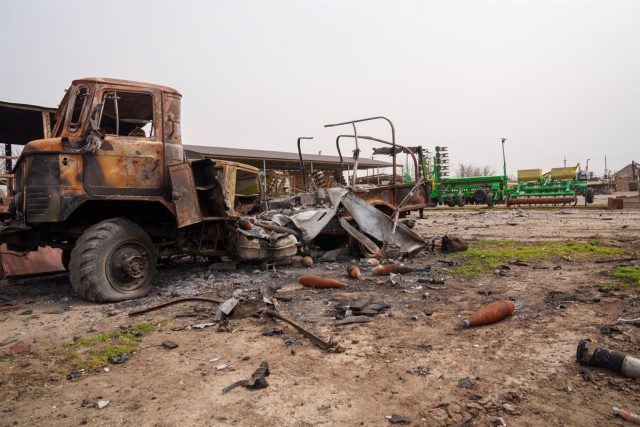 The Ukrainian Prosecutor’s Office denounced this Saturday that Russian forces shot and killed Ukrainian photojournalist Maxim ‘Max’ Levin, who had been missing since the middle of last month near the capital, kyiv.

The journalist’s body has been found in the town of Guta Mezhyhirska, Vishgorod municipality.

“According to preliminary information, Maxim Levin was unarmed and was killed by soldiers of the Russian Armed Forces with two shots from small arms,” ​​says the statement collected by the Ukrainian news portal Vgolos.

The Prosecutor’s Office has opened a criminal case against Russia for violating the laws on armed conflict.

Levin disappeared on March 13 when he traveled to this municipality to document the hostilities between Russia and Ukraine.

The deceased, 40 years old and who worked with the Reuters agency, the British network BBC and the Associated Press agency, leaves behind four children and his wife.