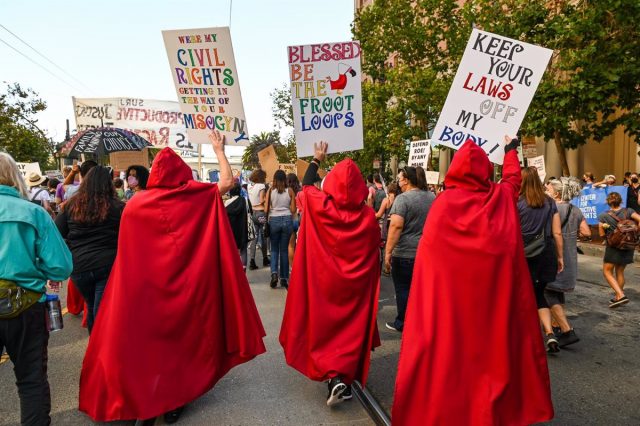 Georgia on Wednesday banned abortion after six weeks of pregnancy after an appeals court approved a law that in 2019 had been blocked and may now go into effect after the U.S. Supreme Court overturned it.

The U.S. high court overturned the Roe v. Wade ruling that recognized for the first time women’s right to unrestricted abortion during the first trimester of pregnancy, a legal precedent that has been in use in the country since 1973.

In this regard, the Eleventh Circuit Court of Appeals has overturned a lower court ruling that blocked the law’s definition of personhood, allowing embryos and fetuses to be defined as “persons” under Georgia law, as reported by ‘The Wall Street Journal’.

The law prohibits most abortions after “a detectable human heartbeat,” with exceptions for medical emergencies, cases of rape and incest that have been reported to the Police, and if a fetus is determined to be non-viable due to medical problems.

Georgia thus joins a growing number of states that prohibit or restrict abortions in the North American country. Many of the laws have gone into effect after the Supreme Court overturned Roe v. Wade last month, returning the question of the legality of abortion to the states.

The 11th Circuit Court has emphasized that “it is clear that there is no right to abortion in the Constitution, so Georgia can ban them.”

The court issued a stay of the injunction on the law issued by the lower court, allowing it to be enforced immediately.

Abortion rights groups, have called the move “highly unorthodox,” and have assured that they would continue to push for expanded access to abortion in Georgia.

“This cruel abortion ban would deny our patients the right to make decisions about their own pregnancies, bodies and futures,” Feminist Women’s Health Center Executive Director Kwajelyn J. Jackson stressed in a statement.

Georgia Gov. Brian Kemp has indicated that the appeals court decision “affirms our promise to protect life at every stage.” The Republican is seeking re-election in November, when he will face Democrat Stacey Abrams who has called Georgia’s 2019 law draconian.

“When I am elected as Georgia’s next governor, I will lead the fight to repeal this law and return power to women,” Abrams has said.

Kemp signed the bill at a time when several conservative-led states passed similar six-week abortion bans, dubbed “heartbeat bills” by their supporters. At the time, the legislation faced opposition from actors, filmmakers and screenwriters who are part of the state’s growing film and television industry.