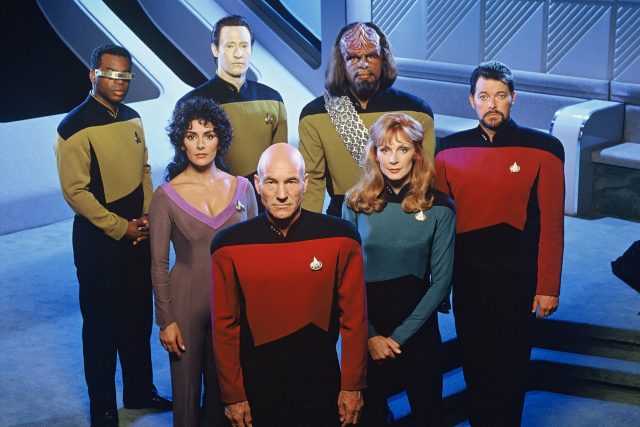 Good news for all Star Trek fans: The reunion you’ve probably been waiting for for years is happening, even though you didn’t expect it to come true.

The producers of “Star Trek: Picard” have announced that the next episodes of the series meant to activate your nostalgia will include a series of characters who have made history in the franchise, over time. It can be said that the production of Paramount + will become a regular reunion of the much-loved crew of “Star Trek: Next Generation”.

Read:  REVIEW Jimmy Savile: A British Horror Story. When the road to hell is really paved with good intentions

Which characters will return in the last season of “Star Trek: Picard”

To everyone’s delight, the next episodes will bring back other important characters from “Star Trek: Next Generation”. For example, we will witness the return of Michael Dorn, who played both Klingon Worf in “Next Generation” and “Deep Space Nine.” We do not know, however, whether Dorn will return as Worf or receive “new clothes” adapted to the script.

Moreover, LeVar Burton (Geordi LaForge) will also be present in the new episodes, his return being completed by Gates McFadden (Beverly Crusher). And if I mentioned Dr. Crusher, it looks like she’ll be back without her son, Wesley, Wil Wheaton not being part of the new cast, despite fan requirements.

As a personal note, it would probably have been interesting to include in this meeting one of the most complex and interesting characters, Dr. Katherine Pulaski (played by veteran Trek, Diana Maldaur).

It should be noted that the older series of the “Star Trek” franchise can now be seen on Netflix.

A promo clip illustrating what’s to come was posted by actress Jeri Ryan on her Facebook account: