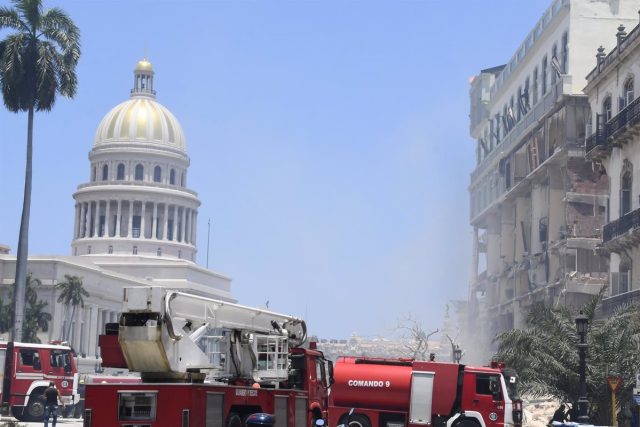 The body of the Spanish tourist who died in the explosion last Friday at the Hotel Saratoga in Havana, Cuba, will be transferred back to Spain “as soon as possible”, diplomatic sources have informed Europa Press.

The source consulted explained that the tourist’s remains will be transferred “as soon as the procedures are completed” and highlighted the work of the Spanish diplomatic staff stationed in Cuba, which is facilitating the negotiations with both the victim’s family and the Cuban authorities. .

The Spanish tourist, originally from Viveiro (Lugo) died due to an accidental explosion that occurred in this hotel in the center of the Cuban capital that has caused the death of another 26 people, according to the latest official balance from the Cuban Ministry of Public Health.

Read:  Ukraine claims to have killed more than 600 Russian servicemen in fighting over the past day

In addition, 81 injured people have been recorded, of which 37 remain hospitalized, including another Spanish tourist whose condition is serious. Another 17 patients have been discharged.