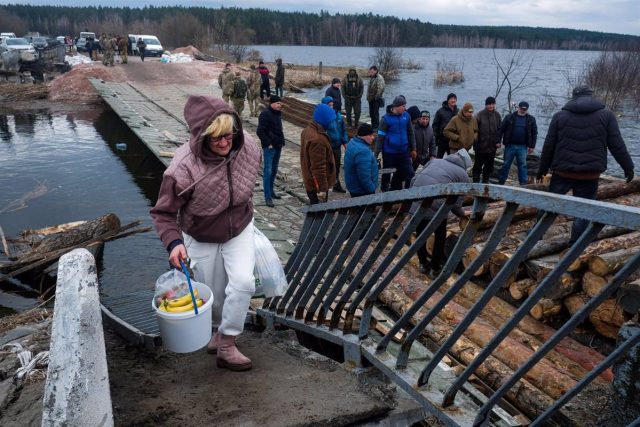 The Russian Ministry of Defense has accused Ukraine of preparing a new “provocation” with the announcement in the next few hours of a new massacre committed by the Russian Army in the city of Irpin, kyiv region, recently recaptured by Ukrainian forces. .

With this statement, the Kremlin tries to anticipate the story of atrocities committed by the Russian Army that Ukraine has denounced in liberated cities such as Bucha. Russia has denied these accusations and assured that the images of civilians executed in these towns have been fabricated by the Ukrainian forces.

Thus, the Ministry of Defense has assured that Ukraine is preparing to accuse once again of “alleged massacres of civilians”, this time in Irpin whose mayor, Oleksander Markushin, estimated this Wednesday that between 200 and 300 people have died in the city. because of the Russian invasion.

The Kremlin’s military spokesman, General Igor Konashenkov, has denounced that, although the Russian troops left the city “more than a week ago”, the Ukrainian security services are ready to remove from the morgue some bodies of “local residents killed in Ukrainian artillery shelling” and present them as killed by the Russians in the middle of the street, according to statements collected by TASS.

Meanwhile, the authority of the self-proclaimed Donetsk People’s Republic (DPR), Denis Pushilin, close to Russia, has also denounced that the Ukrainian Army intends to inflict “massive” attacks on several cities in the east of the country under separatist control and blame Russia for that.

Pushilin has specified that the Ukrainian Army is preparing “to carry out massive attacks with rockets and other heavy weapons” in residential areas of Kramatorsk, Slaviansk, Artemivsk and, possibly, Mariupol. It must be remembered that Kramatorsk was the scene of a massacre of civilians on Friday due to the impact of a missile on a train station that left more than fifty dead.

Ukraine has blamed Russia for the massacre while the Russian military blamed the explosion on a Ukrainian shell.