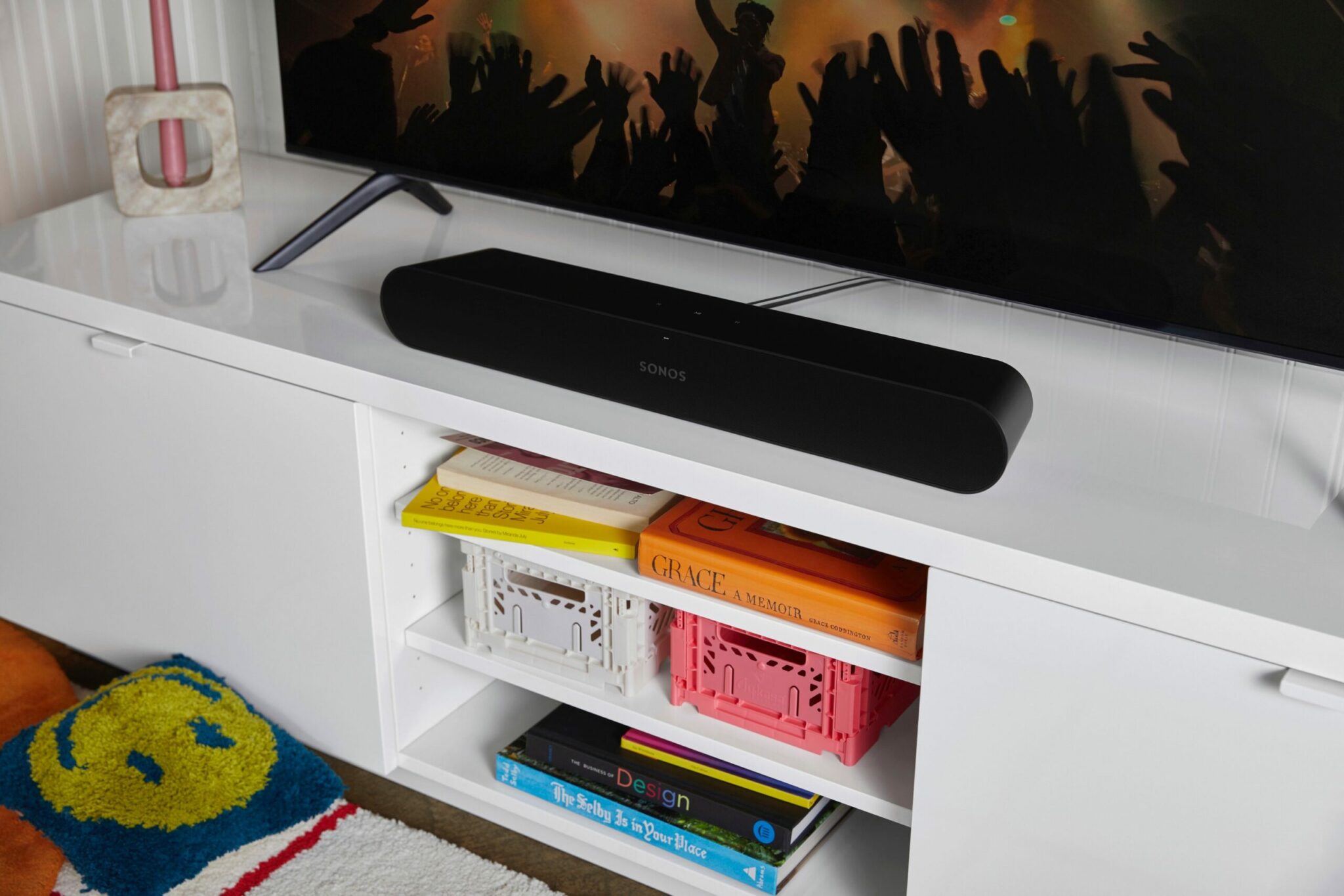 Recently, The Verge released information about an accessible soundbar from Sonos, codenamed “Fury”. The American publication now comes with new information about this product, which now has a final name, in tune with the rest of the product offer of the audio solution manufacturer. Sonos Ray seems to be the final name of the new soundbar, which is now presented in photos that seem to be the official ones, from the press release that the company is preparing for the announcement.

The Sonos Ray soundbar is expected sometime in early June, and new images confirm what we already knew about the “Fury” prototype. Ray completes the range of Sonos soundbars, which includes the Arc model in the premium area, Beam in the mid-range area and will soon include Ray in the entry-level area. The new images were posted on Twitter by SnoopyTech user, a well-known “leaker”.

Unlike the more expensive models, Ray will not connect to TVs via HDMI eARC, but only via a TOSLINK cable. This means that it will not be compatible with Dolby Atmos playback. Other things that are missing are microphones for voice commands, but you can give such commands through the Sonos app. What is not missing, however, is an Ethernet port, for internet connection, but the soundbar will also be equipped with wireless connectivity.

Read:  The 3-in-1 power tool needed in every home, available at Lidl. Battery operated

That’s because Sonos wants to offer Ray as a multifunctional solution. On the one hand, it can be a budget soundbar (the expected price is around $ 250) in its product range, but on the other hand, it can be bought as a satellite for a larger Sonos system. Ray could be used with a Sonos Arc or Beam, connected to the TV, as the rear channels for a Dolby Atmos surround system. Therefore, the speakers on the Ray, when the soundbar is mounted vertically on the wall, are oriented upwards to achieve a 3D sound effect in the compatible content. Sonos recently announced that it wants to introduce at least two new products each year, and rumors say that in addition to the Ray soundbar, the company could prepare a new, more affordable subwoofer. The Sonos Sub2 model, compatible with Beam and Arc, currently costs 700 euros, so there is plenty of room on offer for a significantly lower price.