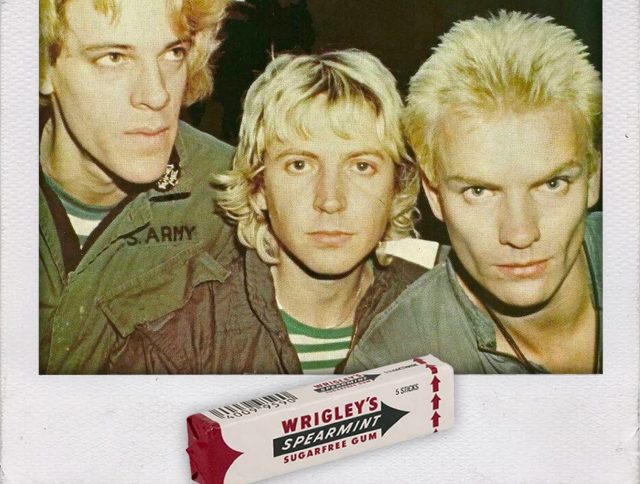 The Police band was Sting’s real career start. So, it can be said that, at least from this perspective, if not from others, the band is part of the history of world music, offering the public some good songs, but also a soloist who would rewrite the idea of ​​music, on his own.

But what made The Police famous? The answer is not one that everyone can guess.

It is said that in their early days, The Police would not have been as successful as they would have liked, and Sting was, by definition, a totally unknown name in the world of showbiz.

Read:  YouTube is trying to solve the problem of the war in Ukraine: what went wrong

It is easy to understand that the band, quite “poor” at the time, agreed to compromise in order to exist.

One of these compromises was the collaboration with a company that produced chewing gum.

The Police starred in a commercial for Wrigley’s Spearmint

On February 22, 1978, members of The Police, illustrious strangers at the time, agreed to appear in an advertisement for Wrigley’s Spearmint.

As they had nothing better to look forward to at the time, Sting and his colleagues agreed to start filming for this commercial. Moreover, they were forced to dye their hair blond. It seemed to the producers that, in this way, the musicians would look more like punk rockers. It should be noted that at that time, punk was especially popular with young people, so Wrigley’s Spearmint wanted to gain image capital among teenagers of the period.

Read:  Android Auto wants to compete with Apple CarPlay: what Google is changing

The Police agreed to paint themselves blonde, and even kept their look and then became part of their identity.

Wrigley’s Spearmint has never appeared on small screens, however. The reasons are unknown.

In just a few months, The Police would release their first album, “Outlandos D’Amour”, as well as the single “Roxanne”.