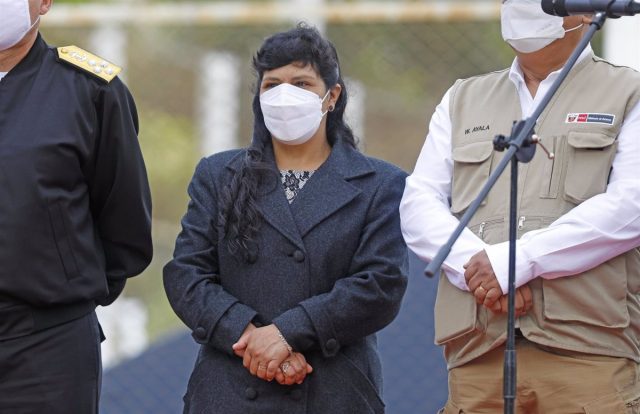 The Prosecutor’s Office has opened an investigation against the first lady of Peru, Lilia Paredes, wife of President Pedro Castillo, for having refused to testify on May 13, in a case of alleged corruption.

Paredes was summoned as a witness for businesswoman Karelim López’s complaint of an alleged mafia in the country’s Ministry of Transport and Communications. López, investigated for alleged participation in corruption crimes, pointed to the country’s president. For her part, the first lady, accompanied by her lawyer, accepted her right not to testify.

Read:  Draghi says he is willing to stay on as Italy's prime minister if internal disputes are resolved

The preliminary investigation for an alleged crime against the public administration “in the form of refusal to collaborate”, according to the newspaper El Comercio -which has had access to the disposition of the Prosecutor’s Office-, indicates that the term of the investigation is sixty natural days. This crime is presented in accordance with article 371 of the Code of Criminal Procedure.

For Lilia Paredes’ lawyer, the decision of the Public Ministry for the complaint is an “excess”, due to the right to remain silent if her testimony could be incriminating for her or her spouse. However, the experts consulted by El Comercio point out that the lawyer has used a wrong argument because Paredes is a witness and not one under investigation.

Read:  Three tons of cocaine ready to be shipped to Europe found in Ecuador