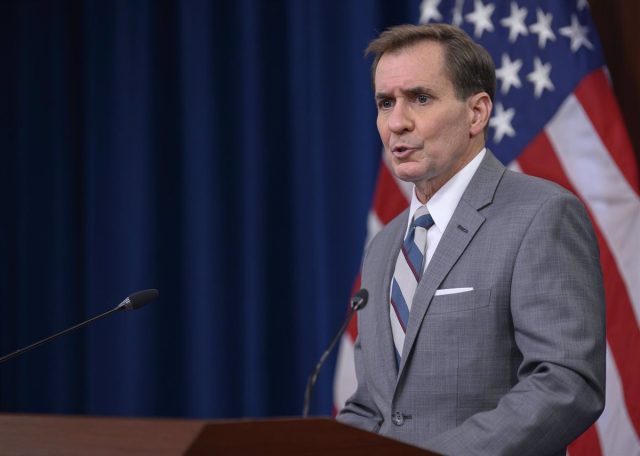 Pentagon spokesman John Kirby speculated to the press on Thursday about the possibility that Russia could mount a kind of “pretext” with which to justify a hypothetical invasion of Ukraine.

“We have information that it is likely that the Russians want to fabricate a pretext for an invasion,” said Kirby, who has assured that Russia could orchestrate “a false attack by Ukrainian military and intelligence forces against its territory.”

Kirby conjectures that this alleged Russian plot would begin with the broadcast of a propaganda video in which false “corpses and actors who would represent the wounded” would be shown, as well as “images of destroyed places” and “military equipment in the hands of Ukraine and the West “.

The facts present in this theory handled by the Pentagon, for which it has not offered any proof, would have had the approval of the Kremlin, because, according to Kirby, “experience” shows “that very few things of this type are not approved by the highest levels of the Russian government.

Kirby’s words come a few hours after the United States Secretary of Defense, Lloyd Austin, warned in Congress of an increase in tensions on the border with Ukraine. A day earlier, the Pentagon announced the dispatch of more than 3,000 US troops to various countries in Eastern Europe.