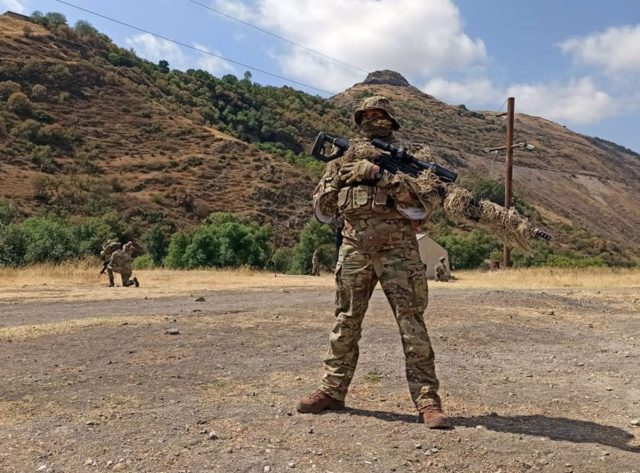 Azerbaijan’s Defense Ministry has reported Sunday that Armenian Armed Forces have fired on its positions on the common border between the two countries, with no casualties so far.

“From the evening of September 3 until the morning of September 4, the units of the Armenian Armed Forces fired intermittently from positions on the state border between Azerbaijan and Armenia,” it said in a statement on Sunday.

Specifically, an earlier statement on Saturday specified that the Armenian Armed Forces attacked at least 16 times in the direction of Kalbajar and Lachin in Nagorno Karabakh from their positions in Basarkechar and Garakilsa regions.

For its part, the Armenian Defense Ministry assured on Saturday, in response to Azerbaijan’s first statement, that these alleged attacks are “disinformation.” “The situation on the border is relatively stable. It is under the full control of the Armenian Armed Forces,” it said.

Armenia and Azerbaijan staged a confrontation in 2020 over taking control of Nagorno Karabakh, a territory with a majority Armenian population that has been the focus of conflict since it decided to secede in 1988 from the Soviet-integrated region of Azerbaijan.

Hostilities between the two nations lasted for six weeks and left thousands dead. They finally ceased when the two countries reached a Russian-mediated cease-fire agreement allowing Russian peacekeepers to settle in Nagorno-Karabakh for a period of five years.