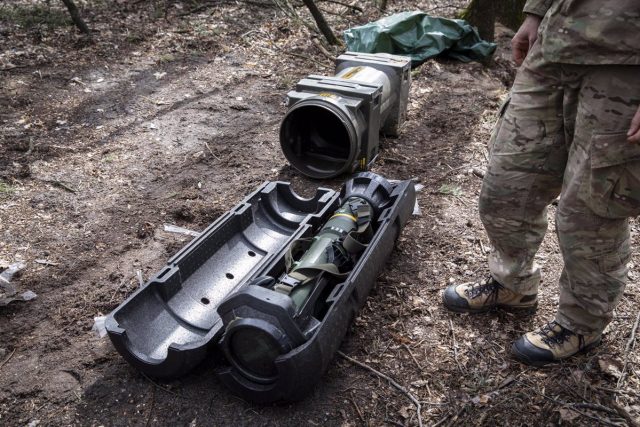 At least four US flights with defensive military equipment have arrived in Ukraine in recent days and a fifth will arrive in the country in the next 24 hours as part of the package of weapons and security material announced by the Biden Administration, valued at 800 million dollars. –about 735 million euros–.

This has been confirmed at a press conference by a senior US defense official, who has also stated that Ukrainian troops have pushed back Russian forces in the besieged city of Mariupol and that there is “intense fighting” to the south and southeast of the city. Ukrainian town of Izium.

“Certainly Mariupol remains under threat from the air, both from missile attacks and from bombs. From the air, but even with artillery,” he said, adding that the “hardest” fighting is taking place around Donetsk and, especially, in the Popasna region.

He also recalled that there have been bombings in the city of Mikolaiv in recent days, where “things have been quiet for a while” until now, when air and artillery attacks have been recorded.

“The Ukrainians have reported that they believe that Russia is making preparations to land marines in the vicinity of Mariupol. We cannot confirm that independently,” he said, although he specified that “they are not in a position to deny it”, since the Russian troops “have some amphibious capability in the Black Sea and the Sea of ​​Azov.”

“In the maritime environment, we still assess that the Russian Navy maintains a separation distance from Odessa, without getting too close after the sinking of the Moskva,” added the senior US official at a press conference.

Read:  The ICC reminds Kiev and Moscow that it can judge acts of genocide or war crimes in Ukraine

Regarding the latest air strikes in Lviv, he stressed that “Russian troops were mainly pursuing military objectives.” “There is no indication that any Western aid storage or shipment has been attacked,” he said.

In addition, the senior US official has detailed that, in the context of the sinking of the Russian ship ‘Movska’, the United States “yes” saw signs “that there were survivors”, since there were lifeboats in the water, although he has not specified the number.

“We believe there were survivors from the ship, and it is difficult to see the damage that was done without assuming, in general, that there were also victims. That they lost sailors. How many, we simply do not know,” he said.

Lily Adric - February 8, 2023 0
The Ministry of Health has published today, February 8, in BOE ( Official State Gazette), which amends the obligatory nature of the...