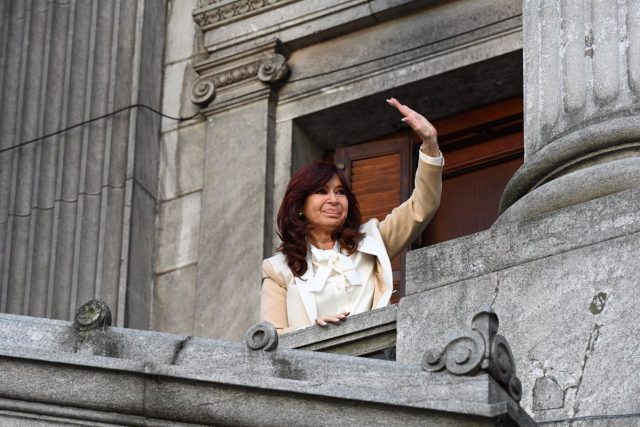 The partner of Cristina Fernandez de Kirchner’s attacker, Brena Uliarte, sent a message to her friend Agustina Diaz, detained since Wednesday, in which she claimed that she had ordered the killing of the Argentine vice-president.

“I sent to kill Cristina, she didn’t come out because she went inside,” says a Whatsapp message that Uliarte sent to Diaz last August 27, five days before the attack, according to the judicial file of the arrest of Diaz –the third person in police custody in the case–, as reported by the agency Télam.

That same day, Uliarte assured Diaz that he would become “San Martin,” as he was going to act to have the former president of Argentina killed.

“I had vice Cristina killed. She didn’t come out because she went inside. I swear I was angry with her there. The liberals have already got me so sick of them going to play the revolutionaries with torches in Plaza de Mayo. Enough talk, we have to act. I sent a guy to kill Cristi (sic)”, said Uliarte, according to ‘Clarín’.

The conversations in that tone had begun some time before the assassination attempt of September 1, and would continue until after the Brazilian Fernando Sabag Montiel wielded the gun against Fernandez de Kirchner’s head and the bullet did not come out.

“Hey, but what’s up with that he missed the shot? Didn’t he practice before or did the adrenaline of the moment fail him? Where are you? Wouldn’t it be convenient for you to go home? (sic)”, Diaz asked Uliarte on September 2, after the failed attack against the vice-president.

The conversations between Brenda Uliarte and Agustina Díaz, charged for the assassination attempt against Vice President Cristina Fernández de Kirchner, reveal that they had planned the attack and that they had failed in a previous attempt.

Fernandez was attacked on September 1 in the vicinity of her home in Buenos Aires, as she was greeting a group of supporters. The assailant, Fernando Sabag Montial, pulled the trigger of a pistol just inches from the vice-president’s face, but it did not go off.