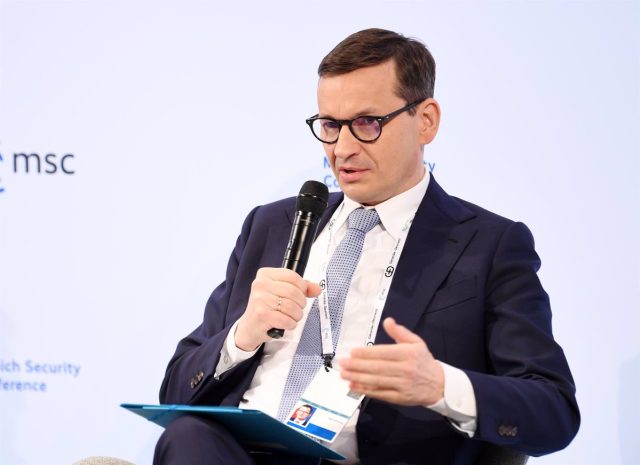 The Prime Minister of Poland, Mateusz Morawiecki, has demanded a tightening of the sanctions currently in force against Russia for its invasion of Ukraine since the strengthening experienced by the Russian currency, the ruble, during the last few days, shows that the economic punishment is not it’s having an effect.

Accompanied at a press conference by the president of the European Parliament, Roberta Metsola, Morawiecki has called for the immediate seizure of the properties and assets of both the Russian government and its oligarchs.

Read:  Germany advises its citizens to leave Ukraine if their presence is not strictly necessary

“There is the new money. That is what I have been saying for weeks: hundreds of billions of dollars in European banks, in the central bank, in the accounts of the oligarchs. Freezing for freezing is not going to do anything. The seizure of these properties is necessary to contribute to the reconstruction of Ukraine,” the prime minister said.

The president has perceived that “some leaders are already talking about returning to normality” and easing sanctions on Russia, “due to pressure from European companies.”

But Morawiecki has warned that “if Ukraine does not defend its freedom, there will be no normality.” “Europe will have shown its weakness, it will have been humiliated and toothless and it will not be able to fulfill its basic and universal values ​​such as freedom and the right to life,” he declared at the press conference, collected by the official Polish news agency PAP.

Read:  Borrell criticizes the election of the new Hong Kong leader because "it violates democratic principles"