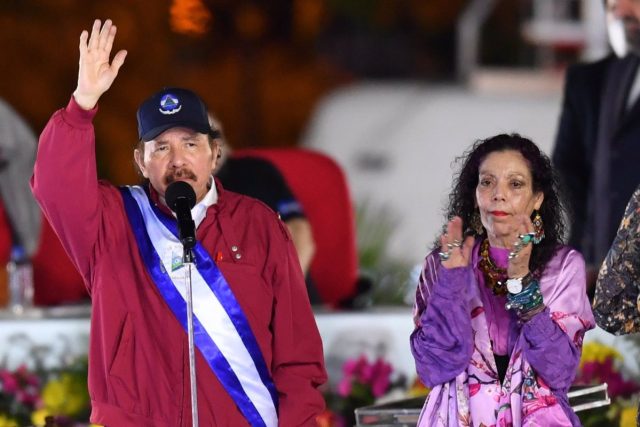 The Nicaraguan ambassador to the Organization of American States (OAS), Arturo McFields, has surprisingly denounced this Wednesday the “dictatorship” and the “political prisoners” of the government of the president, Daniel Ortega.

“Denouncing the dictatorship of my country is not easy, but continuing to remain silent and defending the indefensible is impossible,” said McFields during his speech at a plenary session of the OAS Permanent Council.

“There are no independent political parties, there are no credible elections, there is no separation of powers, but factual powers,” said McFields, who assured that he was speaking during the session “on behalf of more than 177 political prisoners and more than 350 people who have lost their lives” in Nicaragua since 2018.

“I take the floor on behalf of thousands of public servants, at all levels, military, of those who today are forced by the Nicaraguan regime to pretend and fill positions and repeat slogans because if they don’t they lose their jobs,” he continued. .

McFields has stated that despite the “fear” and the “uncertain future” that his words may hold for his family, he has to speak up, because if he doesn’t, “the stones themselves” will do it for him.

His intervention has been recognized by the Secretary General of the OAS, Luis Almagro, who through his Twitter account, has applauded the “courage” that the Nicaraguan ambassador has shown. “This is the ethically correct position”, he has emphasized, reports the newspaper ‘La Prensa’.

Subsequently, the permanent mission of Nicaragua in the OAS, headed by McFields, signed the statement condemning the Russian invasion of Ukraine that the organization issued on February 25 and that the country refused to support at the time, in which It could be his last action as a representative of Managua, after the Ortega government announced his replacement shortly after.

Thus, in a brief statement from the Ministry of Foreign Affairs, Nicaragua has distanced itself from McFields and has settled that “no statement of his is valid” and that he is no longer a valid representative of the Nicaraguan people.

“The Government (…) complies with informing our people and those who are concerned, that Mr. Arturo McFields does not represent us, for which no statement of his is valid. Our representative before the OAS is the ambassador, Francisco Campbell Hooker, duly accredited,” reads the text.

McFields was appointed permanent ambassador of Nicaragua to the OAS on October 27, 2021, although since 2011 he had been serving as a diplomat for the Ortega government in Washington.