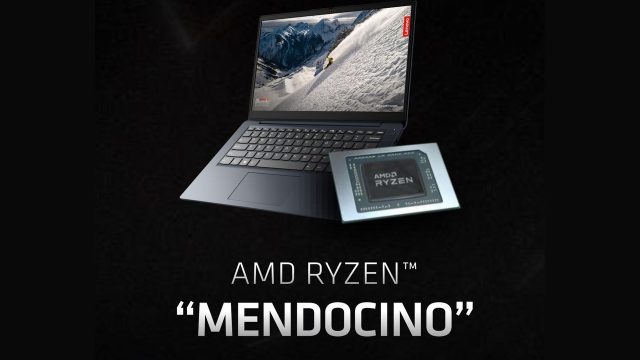 Computex’s biggest attraction for AMD was the AM5 platform, which will be launched this fall alongside the Ryzen 7000 processors. decent performance and high autonomy, is the new Mendocino family of processors. It is based on older technologies, such as Zen 2 cores, but promises to offer 10 hours of use on a single charge on laptops priced between $ 400 and $ 700.

Mendocino processors are basically derived from what we saw on Valve’s Steam Deck gaming laptop. They use the already outdated architecture from AMD, with Zen 2 cores, and have four such cores, with 8 threads. Also integrated is a graphics chip on RDNA 2 architecture, which we find on the new Radeon RX 6000 graphics cards, as well as on the Xbox Series and PlayStation 5 consoles, but also on Steam Deck.

Read:  Galaxy A14 5G shows up in GeekBench tests with MediaTek processor and below 4G performance

Even if the performance in 3D applications or gaming will not be impressive, given that we are talking about a GPU integrated in the processor, this chip could have other advantages. First of all, it could turn Mendocino computers into very good systems for multimedia playback, being a compatible chip to decode most important codecs on the market. With hardware decoding, the computer will consume less power than if video processing were performed on the processor. And this, plus the 6nm architecture, seem to be the secrets to achieving the performance of 10 hours of autonomy, initially promised. These chips will be equipped with LPDDR5 memories, which we find on the best performing smartphones on the market. Speaking of “LP” memory, we expect to see the memory built into the motherboard, not in the form of replaceable modules.

We don’t have other details about Mendocino processors, such as frequencies, or the number of processing units of the integrated GPU, but the launch is not very close either. Mendocino processors are expected only in the latter part of 2022 and will be integrated into budget laptops, productivity and, most likely, Chromebooks. Lenovo seems to be one of the first partners for these processors, with AMD processors being presented alongside the Ideapad 1 model.