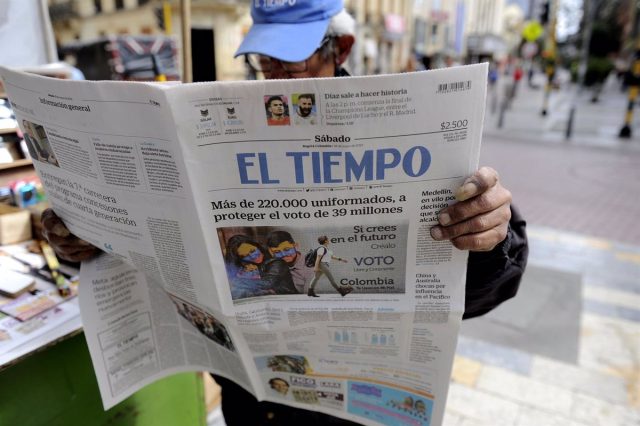 The Electoral Observation Mission (MOE) has issued the second report after the closing of the electoral tables in Colombia, with 322 electoral irregularities and climatic effects during the presidential election day this Sunday.

Between 12:01 p.m. and 3:30 p.m. (local time) there have been 72 irregularities that have affected the freedom to vote in 16 departments and in the capital of the country divided as follows: Bogotá (14 reports), Antioquia (11 alerts), Valle del Cauca (eight reports), Bolívar (seven complaints) and Cesar (six reports).

The most denounced behavior has been the buying of votes with 32 in total. Both the direct delivery of cash, food or other goods in places near polling stations, as well as the mobilization of people to vote, have been reported. Another of the reports has been the constraint to the voter with 25 notifications in various territories of the country.

The EOM has received 16 complaints from voters who have approached to exercise their right to vote, but another person has voted for them.

Likewise, there have been 12 alerts about failures of the biometric identification devices installed in the voting tables and 65 reports of irregularities in advertising and the media.

At least 17 people have denounced irregularities in the electoral roll because their identity document was not registered.

There have also been nine reports on difficulties for the exercise of the right to vote by people with disabilities, accounting for the lack of accessibility of the voting stations.

As a consequence of the climatic effects caused by heavy rains, the voting stations located in Saunde Curay and Tabacal, Tumaco, and in La Vorágine, Arauquita, Arauca, have been moved.

The EOM has had 3,539 national and international electoral observers deployed in 467 municipalities throughout Colombia to participate in the presidential election process.

Of the total team of observers, 408 have been international and come from 30 countries. Regarding their distribution, in Colombia 218 have been in the different polling stations throughout the territory, 164 in Bogotá and 54 in 16 municipalities of 14 departments.

In voting abroad, the EOM has 190 observers in 46 consulates from 19 countries, eight in Europe, including Turkey, 10 in Latin America and also in the United States.

For the first time, the EOM has also observed the guarantees provided to transgender and disabled people when they go to the polling station. Up to 56 observers have been in charge of the procedure, which has made it possible to highlight the problems to which these communities have been exposed.