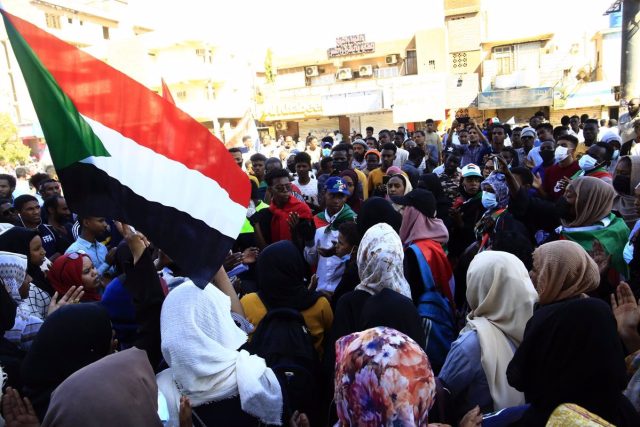 The military authorities of Sudan have announced the lifting of the state of emergency decreed after the coup d’état of October 2021, which overthrew the transitional government established as a result of the agreement between the military and civil society forces after the overthrow of former dictator Omar Hasán al-Bashir in April 2019.

The decree has been signed by the head of the Army and president of the Sovereign Transitional Council, Abdelfatá al Burhan, who led the October coup, with the declared objective of generating an adequate environment for a dialogue process to solve the crisis, according to informed the Sudanese state news agency, SUNA.

On the other hand, the Sudanese authorities have released 125 political prisoners during the day on the recommendation of the Security and Defense Council, as confirmed by Rehab Mubarak, a member of the Emergency Lawyers group, in statements to the Sudan Tribune portal.

“The security forces and the Police have released 125 leaders of the protests,” he said, before adding that they were in various prisons in the country, within the framework of the efforts led by the United Nations to promote a dialogue process to resume the process of democratic transition.

The Security and Defense Council has also recommended withdrawing the broadcast ban on the Qatari television network Al Jazeera, according to the Defense Minister and spokesperson for the organization, Yasín Ibrahim.

The EU has expressed its satisfaction with the announcement, “a commendable first step to generate the much-needed environment for dialogue” and “seek a sustainable and inclusive way out of the current crisis.”

Brussels asks to continue with the release of those detained since the coup, guarantee a fair judicial process and “end the violence against peaceful protesters.”

The announcement has come a day after the death of two protesters due to the continued repression of mobilizations against the military authorities, according to the Sudanese Doctors Committee, which highlighted that to date 28 civilians have died at the hands of the security forces. during these protests.

The coup d’état led to the dismissal of the civilian prime minister, Abdalá Hamdok, although international pressure led to an agreement to reinstate him in office in November, which caused him to lose support among the opposition and revolutionary forces.

However, Hamdok presented his resignation in January in protest against the repression of the mobilizations and after the military authorities expelled various civil groups from the Executive, arguing that they were acting against the interests of the State.

Al Burhan assured at the beginning of February that he would only hand over power to an elected government or to an authority arising from a “national consensus”, after revealing in January the composition of an interim government after Hamdok’s resignation.

The transitional authorities were established after an agreement between the previous military junta, which emerged after the 2019 coup against Al Bashir, and various civil organizations and opposition political formations. This government had initiated a battery of social and economic reforms and has reached a peace agreement with major rebel groups in Darfur and other areas of the country.