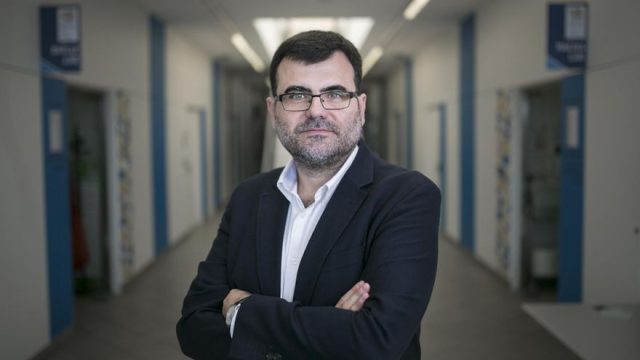 Scientists from IRB Barcelona, ​​a biomedical research center founded by the Generalitat and the University of Barcelona (UB), together with an international consortium made up of various reference laboratories and the biotechnological company Merus NV, have discovered a drug candidate that, according to preliminary data, slows the growth of solid tumors and blocks the appearance of metastasis. “The results are very hopeful. The medicine of the future starts here,” the leader of the study, Dr. Eduard Batlle, stressed in statements to EL PERIÓDICO.

The treatment is carried out by a antibody, which are those proteins generated by the human body to recognize infectious agents or altered cells, so that they can be eliminated by the immune system. There are already antibodies that have been transformed into drugs to stop cancers in the blood system, but it is the first time that one has been found therapy that, according to the first data, acts against stem cells of solid tumors. Stem cells are those responsible for regenerating the tumor, and therefore for relapse and metastasis.

For patients with solid tumors such as colon, gastric, esophageal or those located in the head and neck Surgery, chemotherapy, radiotherapy or immunotherapy are normally used but as is known, there is no definitive cure, in many cases the tumor cannot be stopped and the patient relapses and may die. “The hope is that this antibody is more effective than current therapies”, explains Dr. Batlle, head of the Colorectal Cancer laboratory at IRB Barcelona, ​​ICREA researcher (Catalan Institution for Research and Advanced Studies) and group leader at CIBER, which reports to the Carlos III Health Institute.

Read:  Persistent covid is chronic fatigue, according to an expert

Currently the experimental drug has been tested on ten patients and in all of them there has been a tumor shrinkage. In two there have been considerable remissions and in one a complete decline. These data correspond to a trial in phase 1 and were published by the Dutch company Merus NV in October 2021. And this Monday the study is published, in the scientific journal ‘Nature Cancer’, on how the antibody has been treated and what activity it has had in experimental models of cancer, recreated in mice.

One of the novelties of the discovery is that it lays the foundations for incorporating the use of organoids in the process of researching new drugs. Organoids are patient samples, such as mini-tumors that are grown on plates and serve to reproduce certain aspects of tumor behavior in the laboratory.

Until now, its usefulness was exploited in personalized medicine, that is, for decision-making about treatment. However, for the discovery of the antibody that could be transformed into a new drug, a biobank of organoids from cancer patients to test in this model hundreds of antibodiesin order to know which to bet on.

Thus, it has been found that the MCLA-158 antibody, which responds to the trade name of Petosemtamab, is the most effective. Afterwards, it has been experimented with in mice and the conclusion is that it blocks the appearance of metastases and slows down the growth of primary solid tumors. Once both phases of the research were completed, the step was taken to test the therapy in humans, in a trial that continues and will be extended.

Read:  These are the pests that threaten Barcelona and Catalonia: how to protect yourself

Does not interfere with healthy cells

The Petosemtamab or ‘Peto’ antibody recognizes two proteins on the surface of cancer stem cells, which are EGFR and LGR5. The first favors the uncontrolled growth of cells, while the second marks the stem cells, which are responsible for the expansion of tumors. And the job of the antibody is to degrade the first of these, the EGFR protein, in cells that have the second marker, LGR5. Thus, blocks growth and survival pathways in cells that initiate and spread cancer.

At the same time, does not interfere with the functioning of healthy stem cells of the body, which are essential for tissue regeneration. And it is that one of the advantages of the use of organoids in the research of new drugs is that it allows to identify which ones have undesired secondary effects, which has allowed discarding the antibodies with greater toxicity in the early phases of the study. And, in the ten patients in whom it has already been tested, the drug has been “tolerated”, According to Doctor Batlle.

From now on, therapeutic activity, safety and toxicity must be corroborated in more patients and new data from clinical trials will be published, so that, if nothing goes wrong, between two and four years” The ‘Peto’ antibody could become a drug approved by drug agencies, according to the predictions of the director of the international investigation, in which the Vall d’Hebrón Institute of Oncology (VHIO), the Catalan Institute of Oncology have collaborated (ICO) and the company Xenopad “We hope that the antitumor activity published in the preliminary data will be confirmed and become a medicine that benefits patients,” predicts the researcher.