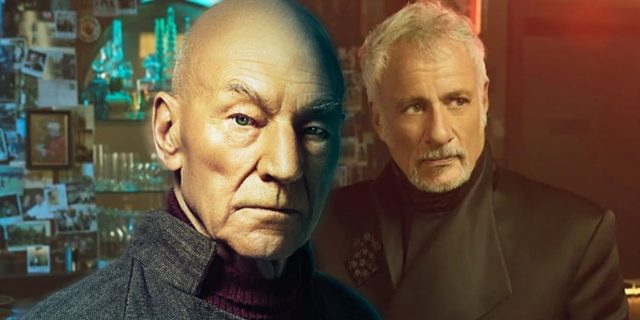 If you are a nostalgic and devoted fan of the franchise and you haven’t cried for a while, you have every chance of doing so by watching the last episode of the second season of Star Trek: Picard.

From the outset, it may be fair for me to mention that this article may contain spoilers. No matter how hard I try not to give up, the emotional component doesn’t let me be one hundred percent equidistant, and it’s not necessarily my fault, it’s Jonathan Frakes’ (Will Riker, Next Generation), the “fault.” who decided to carry out the action and stage it.

I watched each episode “in school” as it appeared. Although disappointed by many of the Star Trek productions of recent years, being a convinced fan of the stories with “meaning”, invented by the absolute genius Roddenberry, I declare myself fully satisfied with the second season of Star Trek: Picard, especially now that I have I got to see the last episode, number ten.

From the beginning, I knew that the second season will be much better than the first, strictly in terms of the appearance of classic characters like Guinan, Q, Seven of Nine, Queen Borg, Will Riker or Deanna Troi. However, I guarantee you that the script is also in line with expectations, and I am now able to say without a doubt that Star Trek: Picard is Star Trek.

The last episode also comes with a few surprises, so that it makes you cry, smile nostalgically and want to see more. You will be able to do this in the third season which will unfortunately be the last.

So I would be tempted to say that three seasons of the only Trek production that brings the classic spirit back are too few. However, a little and good is a much better option than a lot and lazy, with a questionable script, written on the system “to be”.

Obviously, Star Trek: Picard is the ideal gift received by all nostalgic and devoted fans of the franchise, season two being the most beautiful part of the gift. I can only hope that the third season will be at least as good.

Moreover, I look forward to the official launch of Strange New Worlds, which, with a little luck, will look more like Picard and less like Discovery.