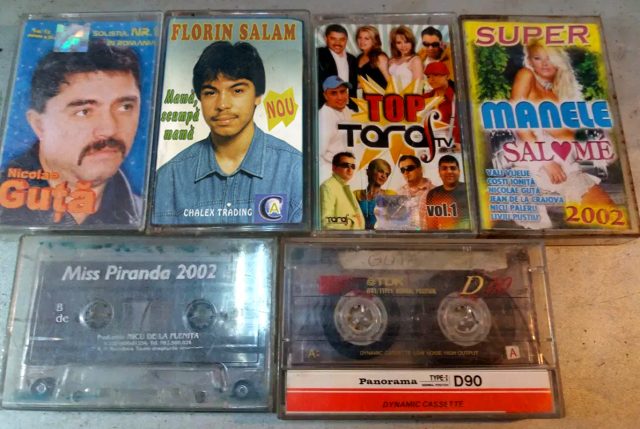 If you do a survey, either national or strictly in your neighborhood, you will notice that most Romanians listen to manele, this musical genre, often contested by most, managing to reach the “hearts” of a niche audience quite widespread in our country.

In fact, there’s no need for this survey, since it’s enough to “tickle” your ears a little on a weekend day, in the neighbourhood or even in the barbecue areas.

Whether you listen to manele or not, this music genre is not indifferent to you and manages to arouse strong feelings. In other words, when it comes to the controversial songs, there’s no middle ground: you either hate them or you love them, an “achievement” no other music genre has managed.

And if hip-hop or rock have somehow managed to find a middle way to the public, manele have not quite managed to merge in such a way as to break out of the sphere of television and radio created specifically for them and the artists who perform them.

The history of manele, from the beginning

As much as we try to blame them, they, manele, exist, and the genre shows no signs of going away anytime soon. In fact, it couldn’t have failed to catch on in Romania, a pure Balkan nation that loves fun and rhythm. Besides, after 50 years of communism, you can hardly blame the Romanians for that.

But when did manele really and rightfully appear in our country? In other words, when did the history of this musical genre begin?

“Maneaua is played at “parties” by gypsy musicians or by bohemians, with voice and drums. Once forced to adopt Turkish and then Greek music in their courts, the boyars remained attached to both, even after the coercion had disappeared. The only evidence of the 19th century manna is a piece in psaltic notation (later rewritten in linear notation), the original of which dates back to 1880 (it is recorded in the final pages of the volume Euterpē, published 50 years ago),” says the document, which Anca Giurchescu, Margaret Beissinger, Victor Stoichiță, Costin Moisil, Florin Iordan, Mirela Radu and Speranța Rădulescu worked on.

Read:  The diva loved by millions of Romanians has died in poverty, full of debts. Who ate the fortune of the famous Hariclea Darclée

“In 1949, however, two folklorists discovered an instrumental Turkish manea in a Danubian village (Clejani) (Alexandru 1956). Its slow melody later turned into – or maybe even then? – In the 1960s, a few musicians from Bucharest launched a music perceived as totally new: the maneaua. It seems to have been brought from the Turks of Dobrogea, who were still numerous in the region at the time. Its distinctive element is the rhythmic formula of the cyphtet in the accompaniment. A few pieces evade national-communist censorship and are incorporated on commercial records. The new manea is spreading in gypsy circles in the towns and villages of southern Romania, as Anca Giurchescu and Robert Garfias record in the 1970s (Garfias 1984). But its music, which supports a dance in which only women excel, seems far from the lascivious music of aristocratic manele of the previous century,” the study cited above also states.

Even so, experts are divided when it comes to the exact origins of manele. Intellectuals see in this music a decadent style, a phenomenon amplified by lyrics that often refer to love, enemies and women. However, mannequins lovers don’t seem to care much about what intellectuals think.

The beginnings of modern manen are said to have happened sometime in the early 2000s. And if, at the beginning, this musical genre didn’t dare to make a big splash with controversial lyrics, this quickly changed and caught on, spreading rapidly in many Romanians’ homes, not only in Roma ones.

“Maneaua is now a dynamic and aggressive celebration music, with richly ornamented melodies accompanied by electric instruments. It captivates ordinary Romanians, regardless of their ethnic origin. Anyone can dance to its music, but only the Roma are experts. Maneaua can be heard everywhere: on the streets, in houses, parks, buses, restaurants and shops. And there are its specialists: the manelistas. A veritable industry is being set up for the creation, commodification, distribution and consumption of manele. As in the 19th century, intellectuals loathe it,” the study notes.

Read:  BMW wants to fight Tesla: what project is it developing?

Nowadays, however, two diametrically opposed but equally important phenomena are developing. On the one hand, there is a special category of listeners who will never admit (until proven otherwise) that they listen to mannequins. This is because mannequins continue to be blamed by society, rightly or wrongly – we won’t get into that polemic, because no matter which side we choose, someone will still be angry.

The second phenomenon relates to the fact that another category is beginning to “ironically” accept this genre of music, associating the non-acceptance of manele with racism. Whether or not this is so, again, we cannot know, but we understand the undercurrents. So it’s easy to understand why some of Romania’s big festivals have flirted with manele, despite all the accusations that have followed.

No matter which side of the fence you’re on, you can’t stay indifferent, as mentioned above. The mere fact that a news story about Florin Salam’s alleged (and proven to be false) death gets hundreds of times more views than David Popovici’s recent victory says in a nutshell just about everything we could possibly explain in words.

Manuela sells, and this is a reality, and singers like Salam, Adrian Minune or Nicolae Guță know this very well.

Just like them, Goran Bregovic, who chose to co-opt Florin Salam for a collaboration a few years ago, knew it too. Moreover, Loredana Groza also “scared” the internet immediately after collaborating with several current singers.

Still, why is there so much singing about mourning, friends, brothers, enemies, women and lovele? The explanation is quite simple: all of the above betray passion and generate “a wagonload” of feelings, be they negative or positive, so the Balkan spirit fits perfectly into such a framework.