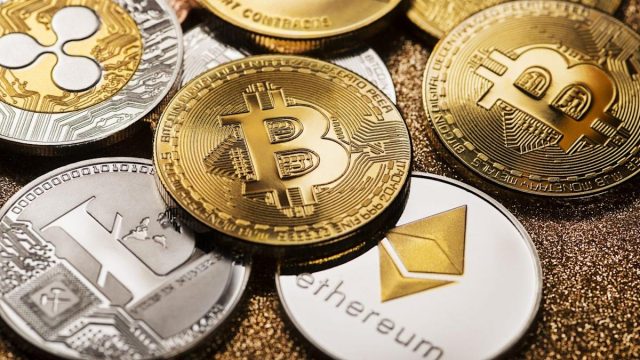 What has also changed is the top 10 most capitalized crypto-currencies, which has not always kept the same ranking over time.

How market capitalization has changed over the past 5 years.

Today, the market capitalization of all crypto-currencies is $1.5 billion.

A year ago, however, this figure was even higher. In 2021, most crypto-currencies have reached their all-time highs in terms of price, so it’s only natural that the market capitalization is even higher. We are talking about as much as $1.85 trillion in August 2021.

A very interesting growth is the one that occurs between 2017 and 2018 seeing that, after the period of ICOs, the adoption starts to be more important and the market cap doubles.

However, it is particularly important to highlight the period between 2020 and 2021, when the capitalization of the crypto-currency market more than tripled. from 356 billion to 1.85 trillion.. 2021 is actually, as mentioned, the year when many crypto-currencies marked their all-time highs and the period also when NFTs are gaining traction, helping the industry to reach out to the masses.

Read:  Bear Market: Is the bear market back for good and how long will it last?

The order of crypto-currencies by market capitalization has also changed over the years, although Bitcoin has always led the way.

Other changes can also be found in the following positions, with IOTA, NEM, Monero and Dash now disappearing completely from the top 10 to make way for the other stablecoin USD Coin (USDC), Solana, Terra and Dogecoin, at least according to February 2022 data.

If we then take the top 10 of the present moment, in August 2022, the list changes again and we find BUSD, Binance’s stablecoin and Polkadot instead of Terra and Dogecoin (the latter is now in 11th place).

While in 2014 it was Bitcoin (BTC), XRP, Litecoin (LTC) and Dogecoin (DOGE) that dominated the scene, following the launch of Monero (XMR), the latter entered the top ranks.

Dash (DASH), Nem (XEM), Stellar (XLM), and EOS (EOS) have also entered the rankings from time to time over the years, from 2014 until now.