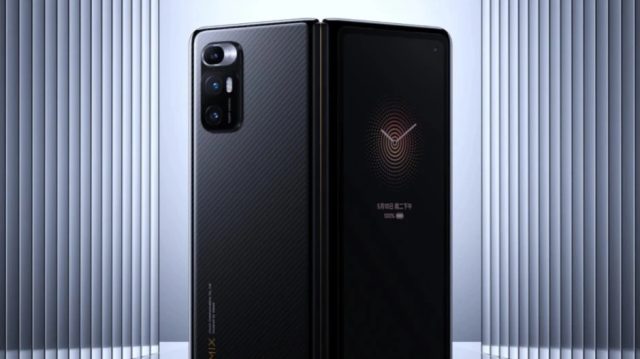 Launched in March 2021, the first generation Mi Mix Fold from Xiaomi came with the same design philosophy and capabilities found in the products already launched by Samsung and Huawei. However, Xiaomi has promised to deliver all this for only 1300 euros, just over half the price requested by the competition.

Known for the time being only from rumors, the successor to Mix Fold 2 still shows no signs of being ready for a launch outside of China, but the maturation of the technology certainly opens this option for Xiaomi as well.

If the first model in the series was rather a limited series device, launched to test the market and provide a first answer to the competition, it is expected that Xiaomi will now come up with a less conventional approach, trying to impose its own unique design style.

Read:  OnlyFans launches an online store with products offered by the platform's stars

According to information obtained by sources, Xiaomi Mix Fold 2 is also prepared with an 8-inch foldable screen inside. However, it will use an LTPO panel, the same technology found in top phones signed by Apple, Google and Samsung, allowing dynamic refresh rates of up to 120Hz (compared to 90Hz for the current model). For comparison, the rival Galaxy Z Fold 3 comes with a “only” 7.6 inch screen. However, the aspect ratio plays an even more important role in terms of the ergonomics and apparent dimensions of the phone. For example, although it is significantly more square than its rival Galaxy Fold, the newly launched Oppo Find N is considered more attractive and practical than the model offered by Samsung. Thus, it would not be excluded that Xiaomi will take over this trend, presenting the new Mix Fold 2 as a mini-pocket tablet. The recipe could be completed with an optional stylus, attached to the outside of the case using a magnetic grip system.

As for the hardware configuration, the only certainty seems to be the choice of Snapdragon 8 Gen 1, as a replacement for the Snapdragon 888 chipset used with the current model.