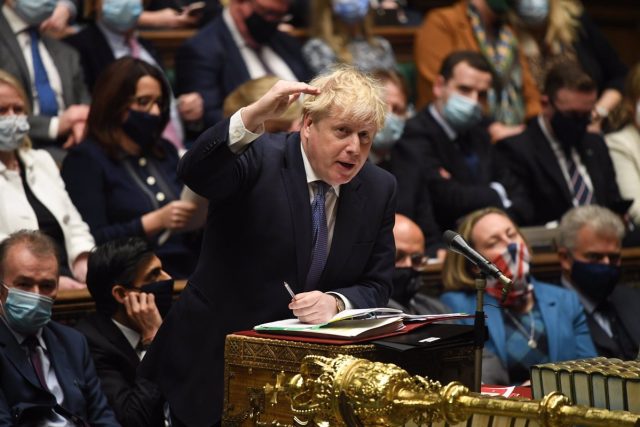 UK Prime Minister Boris Johnson allegedly held a “surprise” birthday party during the first COVID-19 lockdown of 2020, the latest in a series of revelations about alleged celebrations at the height of the pandemic in the UK. the European country.

According to ITV News, Johnson’s wife, Carrie, helped organize a surprise birthday party for the ‘premier’ on June 19, 2020, when indoor social gatherings were banned in the UK.

The media has indicated that the event, which took place in Downing Street after the president returned from an official visit to a school in Hertfordshire, allegedly thirty people attended.

Nine days before the alleged party, on June 10, Johnson asked the public to “continue to abide by the rules designed” to keep people “safe.”

Precisely this Monday, Johnson’s former adviser Dominic Cummings has warned that more stories about the ‘premier’, cornered by criticism for the Downing Street parties, will be made public until he resigns.

Johnson, who is holding on to his post for the time being, has already asked parliamentarians and his party colleagues to wait for the conclusions of the investigation.