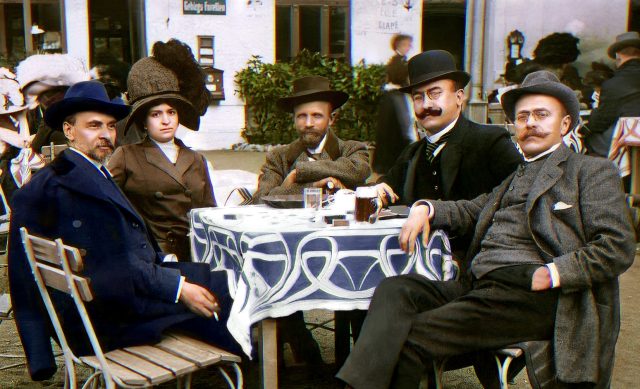 A document shows that the first pub in Bucharest is the one that gave birth to the famous expression “drunk cry”. Find out details about the history of old Bucharest.

The historian Constantin C. Giurescu talks in “History of Bucharest” about what is a famous pub from the early 1700s. Due to this location was born one of the most famous expressions of Romanians “drunk”.

Its name came from Crete, so it was also called Popa Cretan, originally Greek. Due to the parties he gave and the large number of wine jugs he drank, his name got a Romanian connotation, so if it was hard to say “drunk Crete”, the final expression was ” drunk. “

It seems that the heaviest innkeepers in Bucharest were the priests, “where you put that the small entrepreneurs were obliged, in addition to their wine, to sell royal wine and to bring to the Lord the parallels they won, every weekend.”

The profit was also guaranteed because all those who competed with the Church and the Grand Governors were cut off from their “barrel plugs.” In a document given to the Radu Vodă monastery, which dates from May 5, 1743, Mihai Racoviță decides:

George Coșbuc, Elena Vaida Voievod, Dr. Ciuta, Alex appear in the opening photo. Vaida-Voievod, and IL Caragiale in Germany, in 1911, from left to right and has only the role of illustration.

Read:  Polestar has plans: what it wants to develop with the help of strong partnerships