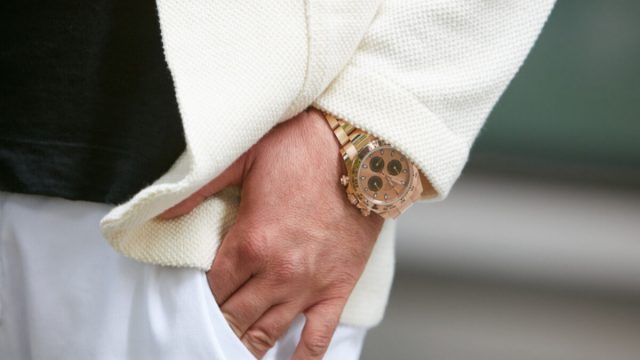 The latest moves in the crypto space have reportedly led to an increase in the supply of used luxury watches, according to one resale platform. As a result, prices for sought-after models from major brands like Rolex and Patek have dropped, Chrono 24 revealed.

The crypto-currency collapse has flooded the market for Rolex and Patek.

The recent plunge in crypto-currency valuations “has had a direct impact on the prices of luxury watches from brands like Rolex and Patek Philippe,” said the company, which is based in Karlsruhe, Germany, and has more than half a million watches listed for sale on its website.

The offering of trophy watches, such as the Rolex Daytona or the Patek Nautilus 5711A, “is now much more important“, the Karlsruhe-based online platform noted. Chrono24 said in a statement. The collapse of cryptocurrencies increases the supply of the most sought-after models on the second-hand market, it said.

The report notes that the drop in prices for the most sought-after Rolexes is an indication that the used luxury watch market is starting to lose momentum. This is after the crypto-currency boom that previously led to the birth of a new class of luxury buyers and an unprecedented increase in prices for top brand models.

These consumers are now retreating, and the prices of the most sought-after watches are approaching those of other similar products. This trend represents a consolidation of the market, noted Tim Stracke, co-CEO of Chrono24.

Meanwhile, trading volumes on the site, where dealers and private sellers find buyers, increased by more than 50 percent in the first half of 2022, the executive revealed. And while a Patek Philippe Nautilus 5711A now sells for $190,000, up from $240,000 in the first quarter, prices for many Cartier and Breitling models have increased.

The German company also pointed to an increase in demand for almost all models in Omega’s Speedmaster collection, offered as part of the collaboration with Swatch. Chrono24 also expects overall sales on its platform to increase in the second half of the year.

Crypto-currencies and luxury watches already have a shared history. In May, Swiss watchmaker TAG Heuer said it was introducing online crypto-currency payments for its customers in the United States through an integration with Bitpay. This month, another Swiss luxury watchmaker, Franck Muller, announced it was launching an exclusive Binance NFT collection with limited edition timepieces.