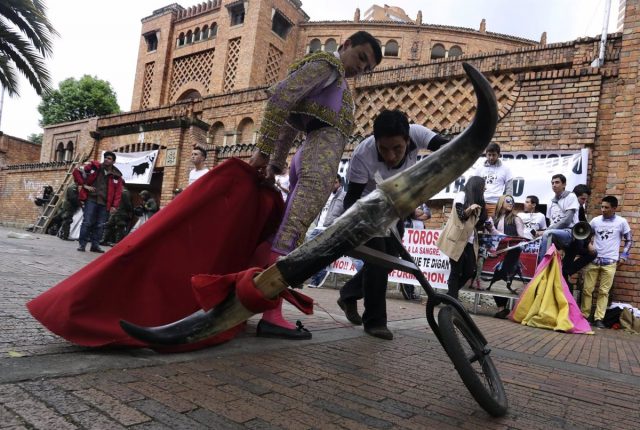 A total of 40 congressmen from different Colombian parties have presented a legislative initiative aimed at sanctioning activities involving cruelty against animals, which would entail the prohibition of bullfighting.

The promoters of the bill have emphasized that there are great possibilities that it will be approved. “It is accompanied with the signature of more than 40 congressmen, among them Ariel Ávila, Katherine Miranda Humberto de la Calle and David Luna, very important signatures that bring great legitimacy to this bill”, explained the congressman Juan Carlos Losada, quoted by the radio station Caracol Radio.

“We believe that, on this occasion, with a congress that has shown to be much closer to the causes and rights of animals, and that, accompanied by a government that has made in the proposal to be the most animalistic government in history, it is a very important position to be able to end once and for all with the torture disguised as culture in the bullrings of Colombia”, he added.

This is not the first time that similar proposals to ban bullfighting have been put forward, so far without success despite the support of organizations such as Colombia sin Toreo.

In the previous legislature the proposal went as far as third debate, but finally was not voted in the Senate due to lack of time in the legislative calendar.