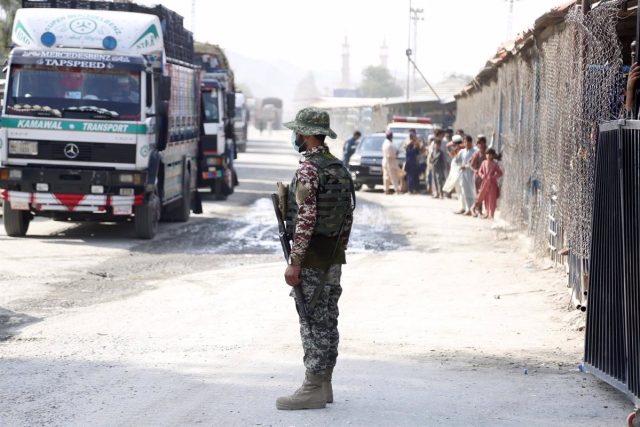 The Pakistani Armed Forces have reported the death of six “armed militiamen” and a military man in clashes on Friday in Hoshab, Kech district, in southwest Pakistan.

The deceased soldier has been identified as Hawaldar Hidayatullah, who “suffered martyrdom,” while another serviceman was wounded in the gunfight, Pakistani daily ‘Dawn’ reports.

The Army launched the operation against the militiamen following information obtained about activities of a “terrorist group” moving on motorcycles between Kech and Panjgur. The military cordoned off the area and combed the area to locate the suspects who, once surrounded, opened fire.

Read:  Rescue teams try to pull out a five-year-old boy who has fallen into a well in Afghanistan

Following an intense firefight six “terrorists” were killed and a significant stockpile of weapons and ammunition was located, the Armed Forces have reported.