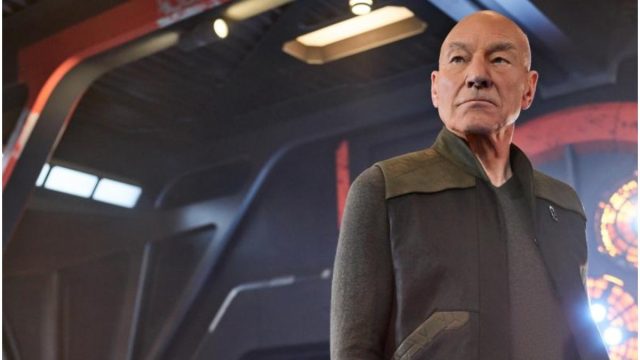 The final season of “Star Trek: Picard” seems to have a direct bearing on the life of actor Patrick Steward, as he himself confessed.

Specifically, the season will further explore the psyche of the character Jean-Luc Picard, who has reached old age, trying to emphasize his mental health. Although when we refer to the recent adaptations of the Star Trek franchise, this is perhaps the closest to the requirements of the fans, we are talking, in this case, about the last season that Paramount + has planned, unfortunately. Specifically, this will be Jean-Luc Picard’s last journey to the final frontier.

It should be noted that “Star Trek: Picard” intends to end the epoch, bringing “at the same table” Guinan (played by Whoopi Goldberg), but also Q (played by John de Lancie).

The series movie “Star Trek: Picard” returned, on March 3, on the small screens, to the delight of the fans of this franchise. Moreover, with the new release, Sir Patrick Steward spoke about the similarities between the character and his own life, confessing that, as a child, he grew up in a deeply abusive family environment, created by his father. Specifically, according to the statements, Steward’s father suffered from PTSD (post-traumatic stress disorder) which would have disturbed his mental health, but also the peace of his family, in parallel.

Read:  This car manufacturer is recalling more than 20,000 vehicles: what are the risks

Therefore, the actor was actively involved in charities in this niche, being a fine connoisseur of the subject.

“I was able to extract details from my own life experiences. And, in large part, thanks to the high-class therapy that has been very important in my adult life for the last 30 years. I benefited a lot from that, “said the actor.

Moreover, he hinted that there was some connection between his personal experiences and the character he plays.