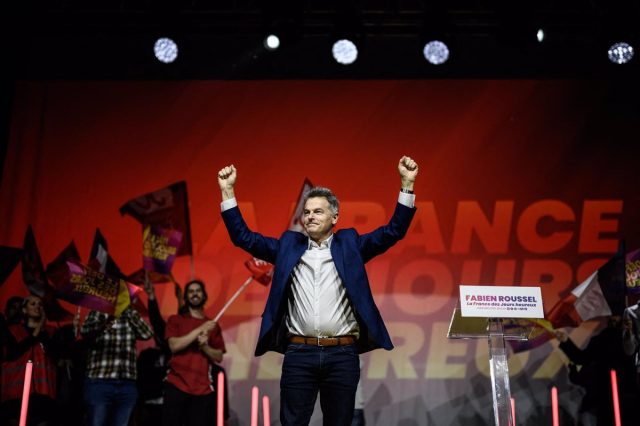 The French Communist Party (PCF) has approved this Tuesday its entry into the alliance of the left commanded by Jean-Luc Mélenchon’s La France Insumisa for the next legislative elections in June.

“We want to federate on the basis of an ambitious program all the forces that share it, respecting their plurality and their autonomy,” the PCF wrote in a statement collected by the BFMTV network.

“On May 3, 1936, the Popular Front won the legislative elections. On May 3, 2022 we will come together in a New Popular Ecological and Social Union,” the national secretary of the communists, Fabien Roussel, wrote on Twitter.

Minimum salary of 1,400 euros net, salary increases, retirement at 60 years, price freeze, or ecological transition, are some of the points on which both forces have coincided, although nothing has been specified regarding a possible resignation to the nuclear energy, as advocated by the communists.

“The pluralist majority that we want to establish will be based on parliamentary groups of each of the components and will be equipped with an intergroup to complete and continue this joint work after the elections,” he explains.

The communists join the French parties of La Francia Insumisa and Europa Ecología Los Verdes, who reached a historic agreement this Sunday for the legislative elections on June 12 and 19, hoping that the Party can be included in the coalition. Socialist (PS).

Read:  An ally of Salvini, new president of Italy's Chamber of Deputies

Jean-Luc Mélenchon, the leader of La France Insumisa (LFI) obtained almost 22 percent of the votes in the first round of the presidential elections and does not hide his desire to be prime minister after the parliamentary elections, scheduled for the 12th and the 19th of June. Therefore, he seeks a leftist alliance between his party, the PS, Europe Ecology The Greens (EELV) and the French Communist Party (PCF).