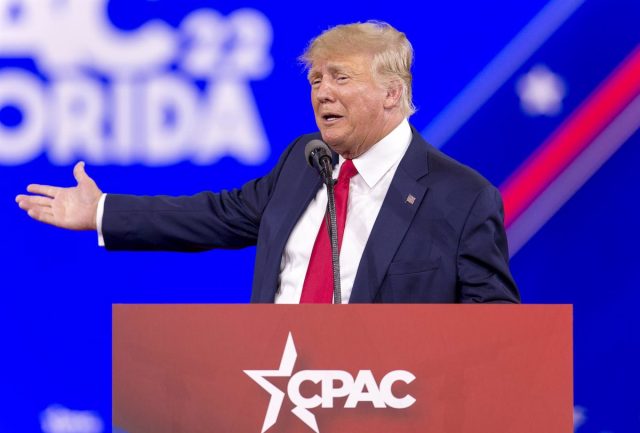 The House special committee on the January 6 assault on Capitol Hill could subpoena personal phone records of former President Donald Trump to help fill a gap of more than seven hours in White House phone records during the insurrection. .

“All of that is under discussion,” confirmed the chairman of the committee, Democratic Representative Bennie Thompson, who has assured that there are “other options”, although without providing more details, as Bloomberg has said.

Several US media have reported that the committee has obtained documents from the National Archives that would show that the former president’s calls were not recorded from 11:17 a.m. to 6:54 p.m. (local time) on the same day of the insurrection. .

During that period of time, Trump would have spoken by phone with the Republican leader of the minority of the House of Representatives, Kevin McCarthy, as well as with the senator from Alabama, Tommy Tuberville, as explained by the NBC News network.

Democratic Representative Stephanie Murphy, a member of the committee, told the US network CNN that “if a witness is not willing to cooperate with us or if there are gaps in the documentation we have received, we will obtain that information in another way.” In this sense, she has assured that “they were not one-way conversations”.

Several top Trump administration officials, including his adviser, Jared Kushner, as well as former Defense Secretary Mark Espe, are expected to appear virtually before the committee this week, according to US network ABC.