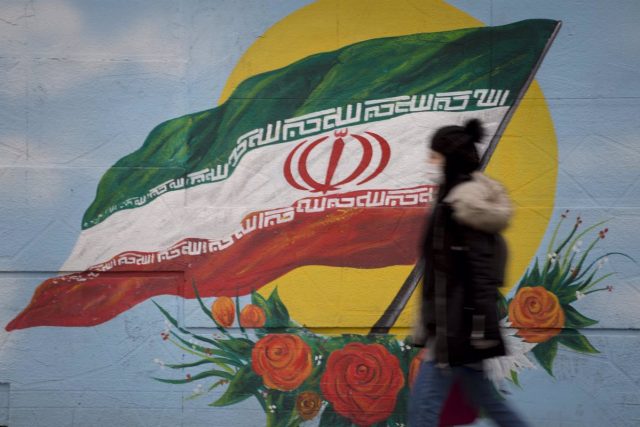 Medical services available in Iranian prisons are extremely limited and totally inadequate, according to AI

Amnesty International has accused Iranian officials of committing violations of the right to life by “deliberately” denying prisoners in Iranian prisons vital medical care and has singled out the authorities for refusing to investigate and ensure accountability for “unjust” deaths. “in custody.

Specifically, the report details the circumstances surrounding the deaths in custody of 92 men and four women in 30 prisons in 18 provinces of Iran since 2010, with the prison in Urumieh, West Azerbaijan province, the most severely affected, with 22 of the recorded custody deaths.

These facilities house Iran’s Azerbaijani Kurdish and Turkish minorities. Thus, the second in the ‘ranking’ is the prison of Zahedan, an Iranian city and capital of the province of Sistan and Baluchistan, with 13 deceased prisoners.

Amnesty International has highlighted in its report that, in most cases, the prisoners who died were young or middle-aged -23 were between 19 and 39 years old-, which, according to the organization, generates “more concern from that lives are being cut short by the denial of medical care.

In addition, most of the recorded deaths — at least 65 people — occurred in the last five years, that is, since January 2017. “(This) serves as an alarming indicator that serious violations of the right to life and health in Iran’s prisons continue unabated and are facilitated by the prevailing climate of impunity,” he said.

Another alarming fact is that at least 20 of these cases were of a political nature, while the rest would have been convicted or accused of common crimes. In this sense, AI underlines that, beyond these 96 cases, the number of prisoners killed in custody could be higher.

According to the Iranian Prison Regulations, only a single general practitioner is required to be present 24 hours a day for prison facilities housing more than 3,000 inmates.

Read:  Meloni assures Ukraine that he can count on the support of Italy's new government

Smaller facilities are even less adequately staffed, and inmates in facilities that house fewer than 500 people are forced to rely on nurses or physician assistants, with limited medical knowledge, for their health needs. International Amnesty.

Therefore, inmates with medical emergencies must be transferred immediately to external medical facilities. According to different information from Human Rights organizations, in at least 70 percent of the cases the prisoner died in prison.

In addition, at least 17 inmates died in their cells, meaning they did not receive basic medical supervision in their final hours, while a further 16 prisoners died in poorly equipped and poorly cared for prison clinics.

The NGO has reported that at least six seriously ill inmates were transferred to solitary confinement, punishment wards or quarantine sections. In addition, four of them died alone in prison, while the remaining two were finally cleared for transfer to a hospital, but it was too late and they died during transfer or shortly after hospitalization.

The NGO has also reported that, in many cases, both medical and prison staff at the prison accused inmates suffering from medical emergencies of “faking” or “exaggerating” their symptoms.

For example, in Zahedan main prison, Nader Alizehi, who died in 2017 at the age of 22, was accused of “faking” his illness. Specifically, Alizehi had heart disease. The infirmary staff returned him to his cell with gastrointestinal medication.

INVESTIGATION BY THE AUTHORITIES

According to AI, the Iranian authorities have “systematically” refused to carry out independent and transparent investigations into cases of death in custody, despite “credible reports of illegal actions, including the deliberate denial of medical attention”.

In fact, in the case of at least 14 prisoners, the authorities denied, either in public statements or directly to relatives, reports from human rights groups about the lack of medical care. Instead, they blamed the deaths on the prisoners’ illnesses.

Read:  The British Conservative Party expels an MP after being accused of sexually assaulting a minor

For example, the head of the Iranian Judiciary, Gholam Hossein Mohseni, assured at a press conference after the death of Behnam Mahjoubi, a case that generated controversy in the country, that prisons “have their own limitations.”

“Our prisoners, compared to prisoners around the world, have better conditions, in various ways, and the expenses incurred for medical care, particularly in relation to Covid-19, are very high and considerable,” he said.

Something similar, as reported by AI, happened after the death in custody of the writer Mehdi Kazemi, publicly known as Baktash Abtin. Thus, the secretary general of the Higher Council for Human Rights of Iran, Kazem Gharib Abadi, assured that “few countries really provide the services that we offer in Iran to prisoners.” “No one would tolerate mistreatment of a prisoner,” he added.

Thus, in a nearly 80-page report, Amnesty International concludes that the medical services available in Iranian prisons are extremely limited and wholly inadequate to meet the needs of critically ill prisoners.

For this reason, he has called for the modification of Iranian laws and regulations, including articles 8(h) and 137 of the Prison Regulations, as well as ensuring that health care is provided by qualified medical personnel.

It has also demanded that the Iranian authorities prosecute suspects who have aided or abetted the commission of unlawful acts during detention, causing or contributing to the death of detainees, as well as superiors who knew or should have known that a subordinate was committing.

Finally, it has asked the UN Human Rights Council to establish an investigation and accountability mechanism to collect, analyze and preserve evidence of the most serious crimes under International Law committed in Iran in order to facilitate fair criminal proceedings in the future.

Willy Rock - February 8, 2023 0
Over the past month or two, the crypto-currency market has witnessed a significant price recovery. The majority of the currencies in the top 100...