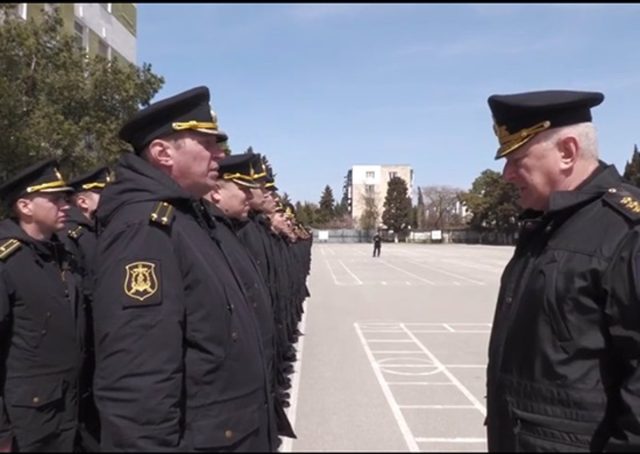 The Commander-in-Chief of the Russian Navy, Admiral Nikolai Evmenov, met this Saturday in the city of Sevastopol, in Crimea, with the crew of the ship ‘Moskva’, after it sank last Thursday in the Black Sea after an explosion.

During the meeting, Evmenov informed the staff of the Russian flagship that officers, midshipmen and sailors would continue to serve in the Russian Navy, and that the traditions of the missile cruiser ‘Moskva’ would be carefully preserved and continued, according to the Ministry. of Defense of Russia.

Read:  Iran claims it can "make a nuclear bomb" but reiterates peaceful intentions of its program

In addition, the Russian Defense Ministry reported on Thursday that the flagship of its Black Sea Fleet sank while being towed after suffering a fire as a result of an attack by the Ukrainian Army, although since then it has not given more details about how That offensive took place.

Ukraine, for its part, has assured that the Russian ship exploded because it was hit by two Ukrainian-made ‘Neptune’-type cruise missiles.

‘Moskva’ is the flagship of the Russian fleet in the Black Sea. She was put into operation in 1983 under the name ‘Gloria’. In 1996, the cruiser received the current name from her. The ship’s main attack armament is 16 P-1000 Vulkan missile launchers.

Read:  Germany says the Minsk Agreements are "no longer worth anything" and accuses Putin of lying about Ukraine