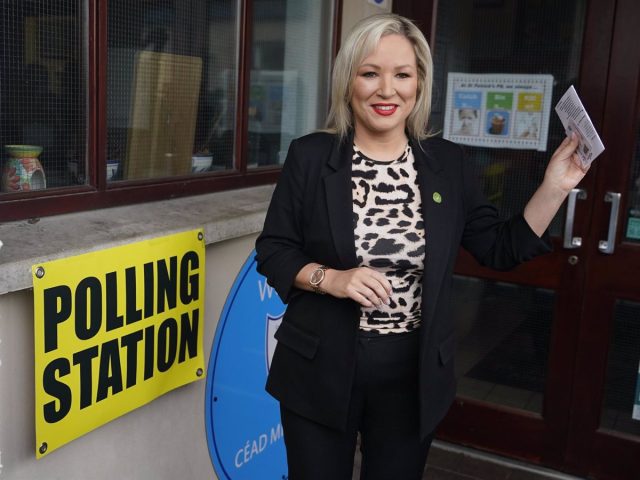 The Minister for Northern Ireland of the British Government, Brandon Lewis, has summoned the main unionist party, the Democratic Unionist Party (DUP), to appoint a candidate for deputy chief minister and thus recover the government’s institutionality Northern Irish autonomous now with the Republican party Sinn Féin at the helm, after his victory in the elections last Friday.

The leader of the DUP, Jeffrey Donaldson, has called for measures to modify the Brexit protocol that affects Northern Ireland before joining a new government and Lewis himself has acknowledged this Sunday in statements to the BBC that there are “pending issues” about the protocol.

Lewis plans to meet with the leaders of the Northern Irish parties this coming Monday to try to achieve the reactivation of the autonomous government, suspended since February precisely due to the resignation of Chief Minister Paul Givan (DUP) in protest at the protocol, which they consider involves establishing a border between Northern Ireland, which would largely remain within the EU common space, and the rest of the UK.

Read:  Ukraine says Russian forces focus their offensive around the city of Izium

“The negotiation is up to the British Government. Jeffrey, the DUP and all the Stormont parties must come together and get back on track on issues important to Northern Ireland,” Lewis said.

In addition, Lewis has recognized the importance that for the first time the republicans have won an election, although he has ruled out a referendum on the unification of Ireland because the republican vote has not changed and the sum of the unionist vote continues to be greater.

Sinn Féin led by Michelle O’Neill has won 27 of the 90 seats in the Northern Ireland Assembly and is the leading political force ahead of the DUP (25) and the Alliance Party (17). The Ulster Unionists Party has nine seats and the Social Democratic and Labor Party has eight seats.

Read:  Russia affirms that the port of Mariupol has resumed its activities normally

It is the first time that the Republicans have won an election since Northern Ireland’s self-governing institutions were created as a result of the 1998 Good Friday Agreements that ended decades of armed political violence in Northern Ireland and the surrender of the Republican Army’s weapons Irish (IRA).