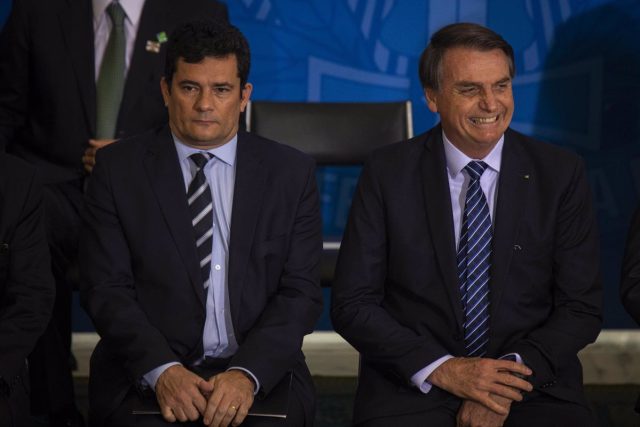 A report prepared by the Brazilian Federal Police sent to the Supreme Court has concluded this Wednesday that the conduct of the Brazilian president, Jair Bolsonaro, does not present “criminal elements” in the framework of the case that investigates his possible interference in the police institution.

The former Minister of Justice and Public Security of Brazil and former judge Sergio Moro submitted his resignation in April 2020 after criticizing the president for possible “political interference” in the Federal Police (PF), where the president planned to appoint a related person.

“The president told me that he wanted to place a related person who could pass him information, intelligence reports. The role of the PF is not to provide that type of information,” Moro warned at the time.

Hours after the dismissal of the director of the PF, Maurício Valeixo, was published, Moro confirmed in a public appearance his disagreement with this decision, which he would have personally transferred to Bolsonaro during a private meeting.

Moro also clarified, contrary to what appeared in the official bulletin, that he did not sign the dismissal of the police chief, just as it was not Valeixo who put his position at the disposal of Bolsonaro, as the president suggested in a message from Twitter in which he highlighted precisely this alleged request.

The report prepared this Wednesday by the Federal Police is part of the investigation opened in 2020 by the Supreme Court, which responded to a request from the Attorney General’s Office (PGR) after these accusations of interference made by Moro, as stated the newspaper ‘O Globe’.

Read:  Macron's party changes its name and is renamed Renaissance

“We conclude that, within the limits of the investigation outlined by the rapporteur ministers in the criminal sphere, there are no minimum proof elements in the records of the existence of criminal materiality imputed to the President of the Republic, Jair Messias Bolsonaro. like Sergio Fernando Moro”, according to the document, as reported by several Brazilian media.

According to the then Supreme Court judge Celso de Mello, Bolsonaro tried to interfere politically in the cases of the Federal Police that implicated some of his relatives. After denying the accusations before the Court, in January, when the case was about to expire, Judge Alexandre de Moraes extended the investigation for another three months.