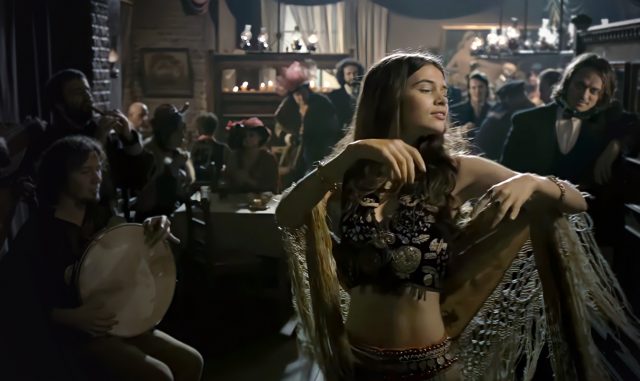 The beautiful Chira Chiralina, the inspiration for the Romanian writer Panait Istrati, seems to have its origins in a much older legend than previously known.

Few people know that the famous character who “inspired” Panait Istrati to write the famous novel is, in fact, part of Braila’s folklore, a sort of symbol of the city near the Danube. What’s more, say the collectors, there is a strong possibility that the original legend is different from Istrati’s portrayal.

The ancient ballad, which had at its centre the beautiful Chira Chiralina, contains hitherto unknown details

Although when you say Chira Chiralina you automatically say Panait Istrati, it seems that a recent work called “Chira Chiralina: the Brailean folk ballad” points out that the girl would have started to be “sung” long before, the original author being from the people, from the banks of the Danube. The legend was passed on by word of mouth, from generation to generation, until it obviously reached the ears of the well-known writer, who decided to turn it into a best-seller.

Read:  REVIEW: Netflix's new Texas Chainsaw Massacre is exactly what we expected it to be: a "so-and-so" movie for bloodthirsty fans

Panait Istrati was not the only writer fascinated by Chira

And speaking of fairies, in the Dictionary of General Mythology, Chira Chiralina is described as a fairy, but also as an empress over an unknown, mythical land.

Clearly, in one form or another, Chira Chiralina seems to have existed; otherwise it would not have influenced so many writers and collectors to mention it. In other words, all legends have a kernel of truth.

Read:  The most hidden Netflix filming locations to add to your travel list

Although we will never be able to find out the real origin of the belle from the lands of Braila, we can believe Vasile Bogrea. The author claimed, in Pagini Istorico-Filosofice, that this name is, in fact, a title, rather than a full-fledged name.

In addition, Chira Chiralina becomes synonymous with the notion of Sânziana (summer solstice), being often likened to the beautiful flowers growing in gardens and fields.

The lauders of the times contributed massively to the creation of this story which, depending on interpretation, varies in one form or another. While in some collections there is a tendency to eroticize this notion, a fine balance is always maintained between the dogmas of the times and sexuality. “It is a being radiating youth and longing for life, passionate for love, voluptuous, natural and mysterious like nature itself”, wrote Panait Istrati in his book.

Chira’s story went so far that it was rematerialised in modern-day artistic form. In 2014, celebrated director Dan Pița released the film Kira Kiralina.