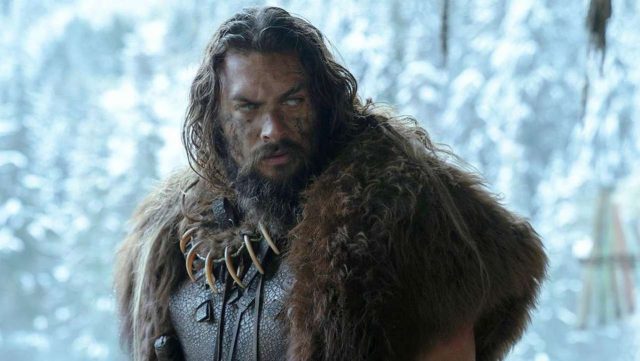 Apple TV+ has unveiled the latest trailer for “See” season 3, in which you can see new details about what’s to come in the post-apocalyptic series starring Jason Momoa.

Created and written by Steven Knight, also responsible for the success behind Peaky Blinders, the dystopian drama is set in a primitive future (hundreds of years from now) where all of humanity is losing the abilities it has today. However, the Alkenny tribe believes that two of the children in their community possess the mythical power of clairvoyance.

Along with Jason Momoa, who leads the cast as the brave warrior Baba Voss of the Alkenny tribe, the series also stars Alfre Woodard as Paris, a tribal elder who serves as a shaman. Also starring in See are Sylvia Hoeks, Hera Hilmar, Christian Camargo, Archie Madekwe, Nesta Cooper, Yadira Guevara-Prip, Eden Epstein, Olivia Cheng, Hoon Lee and Tom Mison. It should be noted that many of these actors are blind – an important detail and, no doubt, an admirable decision.

Read:  REVIEW One of Us is Lying - the perfect Netflix series for a Sunday when you don't want to get too involved

The show was renewed for season 3 a year ago, and it has since been revealed that this will be the final season, unfortunately.

A few months before the official premiere, Apple TV released the first trailer for season 3 of “See”. The teaser for the final season shows us Baba Voss, played by Jason Momoa, returning to action to protect his wife and adopted children, Kofun and Haniwa, from new threats created by a Triwizard scientist. The trailer also reveals the premiere date for season 3: specifically, you’ll be able to see it from August 26.

Read:  Volkswagen is still paying for Dieselgate: how much money has it given now

What’s more, season 3 will also see the return of Dave Bautista as Edo Voss. Next season begins about a year after the events of season 2, which introduced us to Baba defeating his younger brother and leaving his family behind to live in the woods.