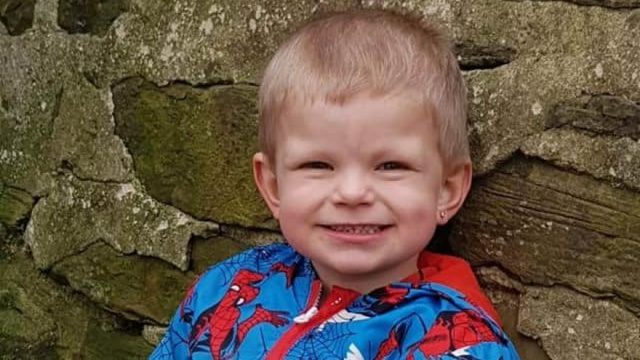 Kyle Lewisa boy who had just turned 5 yearshas died in his parents’ arms in the United Kingdom after swallowing a thumbtack. The event took place a month ago, on October 28, when little Kyle, who had celebrated his fifth birthday six days earlier, swallowed a thumbtack.

The little boy had to be resuscitated four times in a Leeds hospitalin the county of Yorkshire, in the northern Englandbut despite the efforts of the doctors he died three days later from injuries caused by cardiorespiratory arrest. The child was between 90 to 95% of his brain damagedaccording to the British newspaper ‘The Star’.

Read:  The Bellvitge Hospital in L'Hospitalet opens an exhibition to commemorate its 50th anniversary

After multiple convulsions and a rise in temperature, he passed away in his parents’ arms, Emma and Mark Lewis, Who are “broken” with grief.

“‘I can’t even explain how I feel. I’m broken beyond words. It doesn’t seem true. I don’t want it to be true. They kept him on life support until we were ready to say goodbye,” she explains to the newspaper. “But you’re never prepared for something like that,” she adds.

Friends of the family created a website last 4th to raise funds for Kyle’s funeral. “No parent should have to bury their child and struggle at the same time to find the money to do it,” reads the text accompanying the petition, which 24 days after its creation had £2,595 raised (almost €3,000)..

Read:  Persistent covid is chronic fatigue, according to an expert