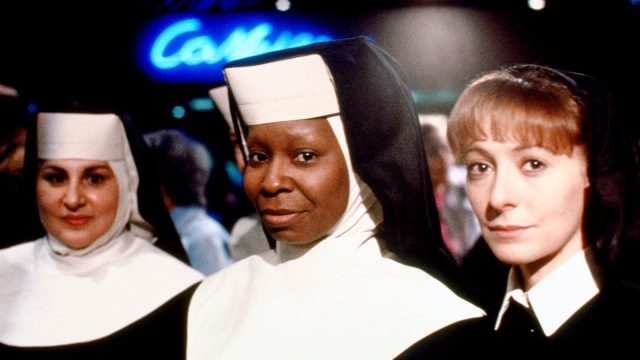 Whoopi Goldberg has spoken out about her great desire to work on the long-awaited Sister Act 3, which was announced as early as 2020 but has yet to materialize.

Goldgerg, i.e. one of the two hosts of The View interviewed Jenifer Lewis on the ABC talk show, also talking about the upcoming Sister Act, a film they “share.”

“You know we’re still going to make that movie, right?” said Whoopi Goldberg to her Sister Act co-star as she sat down at the “hot topics” table. “I really wish I could work with her because she’s fun,” the great actress added.

Lewis said she is “extremely ready” to film the sequel for Disney+ and revealed that she was the one who taught Goldberg how to sing on set.

“They wanted to use my voice and I told Whoopi: Look, you get in front of the mirror with us, get a hairbrush and pretend you’re 15 singing Gladys Knight and the Pips – and Whoopi did it and started singing,” Lewis recalled.

Sister Act, from 1992, was directed by Emile Ardolino and follows the story of the character Deloris Wilson, a singer who is forced to become a nun after being placed in a witness protection program. Obviously, Goldberg will continue to play the role she has established, but also the one that established her in equal measure.

Read:  The stupidest deaths in history

A third installment of the franchise was announced in 2020, as Disney solidified its dominance with the launch of its Disney+ streaming service. In 2021, it was revealed that Tim Federle would direct the sequel, with Madhuri Shekar as writer. Since then, there have been no updates on the development of Sister Act 3.