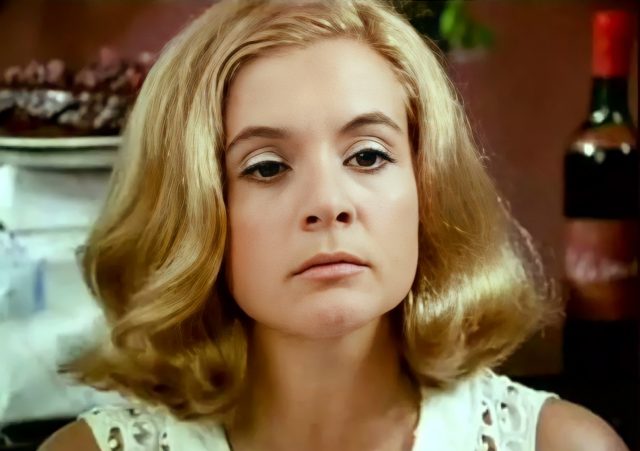 Vasilica Tastaman was an actress loved by millions of Romanians, but also by many famous men of that time. Find out details about the famous artist and her tumultuous personal life.

The famous actress born in Braila had a passion for theatre since the age of 16, when she debuted on the stage of her hometown theatre. Although she had previously been an apprentice in the local textile factory and had no education in the field, she managed to stand out alongside great Romanian actors on the most famous stages of theatres such as Giuleși and Bulandra.

“I would say, without hesitation, that if there is a talent, it is called Vasilica Tastaman. She had no education, but what education did she need? She lived on stage, she said nothing else. She was a jewel. I don’t have anything to tell you about Vasilica, she herself is a story. A great wonder that I have met in my life’, said Radu Beligan about the famous actress.

It was Lucia Sturdza Bulandra who propelled Vasilica Tastamant into a brilliant career. At that time, Vasilica Tastaman was working at the Municipal Theatre in Bucharest, now the Bulandra Theatre. The director heard that she was unhappy and would like to leave for her hometown, but the great lady of the Romanian stage wanted to know more about her departure.

The mayor refused to honor the request, so Lucia Sturdza Bulandra threw herself at his feet to help her with housing, which happened in the following days. Dan-Silviu Boerescu describes Vasilica Tastaman in one of his books as “the woman who separated Anda Călugăreanu from Dan Tufaru, the lover of Gheorghe Dinică and other stars, but also the wife of the famous Steaua coach Emeric Jenei, she was a talented actress with a lot of sex appeal, who really rocked the artistic world of Romania in the 60s and 80s”.

The tumultuous life of the actress loved by millions of Romanians

Former coach Emeric Jenei has said in the past that he met her and her family who told him many interesting things, including her regret for leaving and not staying in her native country. Vasilica Tastaman was married to the well-known coach for 10 years.

After her marriage to Emeric Jenei, which resulted in her only child, she remarried Dan Tufaru, the man who had married Anda Călugăreanu. When the well-known actress caught him in the snares of love, he was still her husband. Vladimir Găitan, another famous actor, spoke about the love story between the two at one point.

“I was in Moscow with them. There was a voltaic fire there, that’s where Dan fell in love with Vasilica. It was painful afterwards, because Dan was married to Anda Călugăreanu”.

Both divorced their partners, and their marriage lasted less than a decade. The relationship was full of ups and downs, as the actress had a few escapades while Dan Tufaru drowned his sorrows in alcohol.

Another man who attracted the attention of the famous actress was Gheorghe Dinică. He used to buy her flowers, and the story between them, even if it didn’t last long, was a beautiful one, as the actor Dumitru Rudăreanu told “Doamne de poveste”.