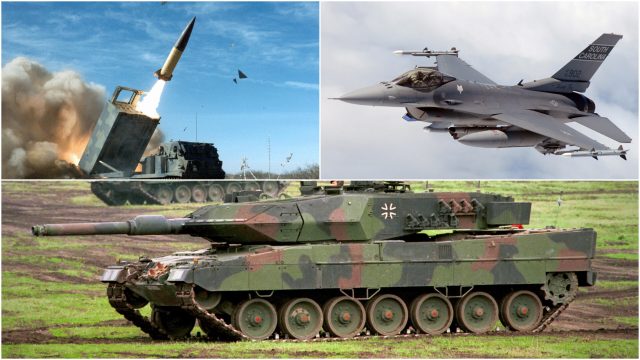 Military technology sent by Western allies to Ukraine has changed the fate of the country’s war with the Russian Federation. Just 16 HIMARS missile launchers have managed to wreak havoc on Moscow’s forces, and Harpoon missiles have virtually routed Russia’s surface fleet in the Black Sea.

Also read: Putin sends 300,000 reservists to Ukraine. Experts believe it will be a disaster

But Kiev also wants access to other Western-made weapons and platforms, which can have a big and immediate impact on the war. Here’s what’s on the wish list of Volodimir Zelensky and his generals:

ATACMS missiles. At this time, the HIMARS launchers received by Ukraine are available in the configuration of six precision missiles (models M30 and M31), which can hit targets up to 70 km away. However, they can also be equipped with a single ballistic missile, the MGM-140 Army Tactical Missile System (ATACMS), which can reach targets up to 300 km away. The US does not want to give Kiev these weapons because it fears they will be used to attack targets deep inside Russian territory.

F-16 Fighting Falcon aircraft. This multirole aircraft, also in the Romanian Air Force, is one of the most efficient in NATO’s portfolio. It is both an excellent fighter and a very good ground attack aircraft. The aircraft has been tested in real conflicts, where it has demonstrated its qualities. The F-16 is relatively cheap to operate and maintain, is reliable and compatible with a wide range of bombs, missiles and other weapons. Although it was launched more than 40 years ago, the F-16 is still receiving hardware and software upgrades.

Read:  What launches is Apple preparing for 2022: iPhone, iPad, Mac Pro and more

Leopard 2 tanks. This is one of the fastest and most powerful tanks in the world. The German military vehicle offers extraordinary mobility (it can reach 67 km/h on improved roads), uses the excellent Rheinmetall Rh-120 L/55 120 mm cannon and features state-of-the-art technology. The Leopard 2 has been used in Afghanistan, where it has proven its worth.The Ukrainians want this model because they want to carry out rapid manoeuvres to envelop Russian troops in the Donbas.