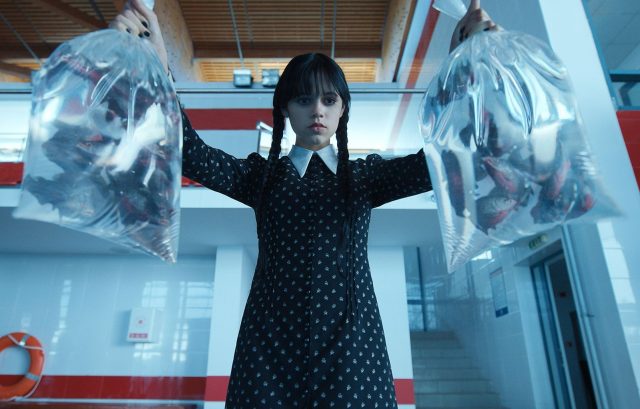 If you haven’t seen the Netflix sensation Wednesday by now, maybe it’s time to get your act together. Not to say otherwise, but with how much the internet is talking about this show, you have a real chance of catching spoilers on the fly before you actually get to see what it’s about.

Obviously, there was no way I was going to miss it, and I started watching it on the very first day of its release on Netflix, in two honest installments, spread over two days.

Off the top of my head, I can say that while I enjoyed every second of Wednesday, I can tell that this production might not be exactly to everyone’s liking. The fault wouldn’t necessarily lie with the Tim Burton-directed show, but with the fact that absolutely every “reheated soup” passes through the filter of nostalgia and the phrase “it was nicer in my day”.

Many of the comments against this show have referred to the antithesis between Jenna Ortega and veteran Christina Ricci. Well, for one thing, the two play different versions of the character at different ages. All you have to do to better understand this is to think about yourself and what you looked and acted like when you were 9-10, and then around 15-16-17.

Jenna Ortega is, in my opinion, made to play the role of a teenage Wednesday. In an interview, the young actress confessed that Tim Burton had suggested that she not blink during scenes, and she did exactly that and it worked out great for her.

Wednesday is, without question, a slightly more humane version of The Addams Family, in that the characters are more ably integrated into normality, but it doesn’t abandon the classic, franchise-defining elements either.

I could say it reminded me a bit of Harry Potter, but a little more watchable.

However, Catherine Zeta-Jones doesn’t fully succeed as Morticia. In a parallel universe, where this role was never held at one point by Anjelica Huston, it would have been a different story. Zeta-Jones is still, quite reminiscent of Zorro’s suave sidekick.

As for Luiz Guzman (Gomez), the physical resemblance between the actor and the original, Charles Addams-invented version is where it needs to be, though the acting could perhaps have used more work. Guzman plays a Gomez lacking the charm with which, once again, the late Raul Julia accustomed us.

On top of that, if you haven’t heard yet, Wednesday was partially filmed in Romania, and that should be all the more reason for you to watch the Netflix series.