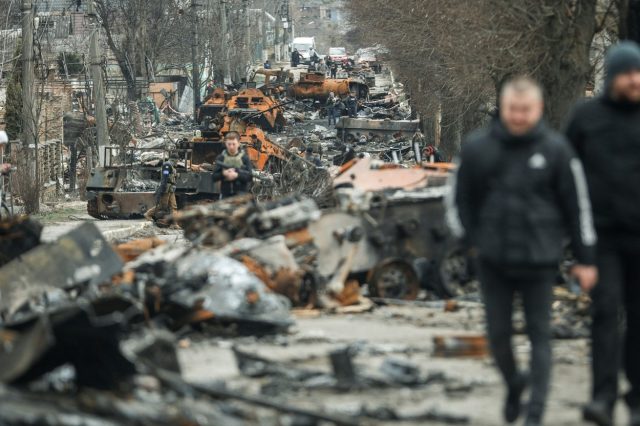 More than three months after the invasion of Ukraine, and after Russian soldiers began being convicted of war crimes, there are still large Western technology companies doing undisturbed business in Russia. Alongside them are some from US allies, such as Japan and Israel.

According to a project conducted by a team at Yale University, which monitors the relations of large companies with the Russian Federation after the outbreak of the war in Ukraine, well-known names such as Valve or Cloudflare continue to operate undisturbed in the authoritarian state led by Vladimir Putin.

Here are the big tech companies that are still operating at full capacity in Russia (they haven’t announced a shutdown, layoffs or restrictions):

Read:  Galaxy A14 5G shows up in GeekBench tests with MediaTek processor and performance below Exynos model

Cloudflare: The San Francisco-based company is one of the world’s largest providers of computer security services. The company has decided not to leave Russia, and Cloudflare CEO Matthew Prince gave an explanation in March: “Russia needs more internet access, not less. We believe that eliminating our services from Russia will do more harm than good. “

Read on Ukraine: American howitzers, delivered without an essential element, could shorten the war

Fleetcor: The US transportation payment service provider has 600 employees in Russia and continues to operate as if nothing had happened.

Avaya: The telecommunications company has decided to stay in the Russian market, despite the fact that there are many indications of atrocities committed by Putin’s army on the territory of Ukraine, an independent and sovereign state whose aggressor has not officially declared war.

Riot Games: The organization behind the popular League of Legends and Valorant games is still present in the Russian market.

Both: The company, founded in Israel and based in the USA, has not left the Russian market, although it generates less than 1% of its revenues there. Amdocs provides software and services for the media and telecommunications industries.