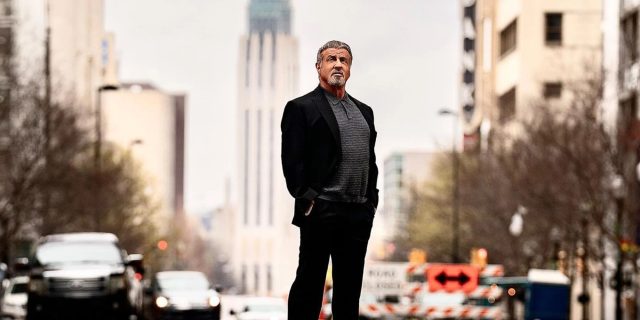 Sylvester Stallone shared on Instagram a first image of his character from the latest series in which he plays, Tulsa King, by Taylor Sheridan.

Stallone, the star of classic franchises like Rocky and Rambo, is one of the most prolific actors in Hollywood, being a constant presence since he made his debut in the ’70s. In recent years, Sylvester Stallone has created and starred in the action franchise The Expendables, but has also continued the legacy of his character Rocky Balboa in the spin-off films, Creed.

Taylor Sheridan is an actor who has become a writer / director and is also responsible for the screenplays of films such as Sicario, Hell or High Water, Wind River and Those Who Wish Me Dead (he also directed the last two). He turned his attention to television series in 2018, along with Yellowstone, which brought Kevin Costner back to the forefront, under the auspices of Paramount Plus. The series quickly became successful and put the new streaming service on the map. Since then, Sheridan has branched out, giving rise to several series, including the 1883 Yellowstone spinoff, Kingstown Mayor, and now Tulsa King, starring Stallone.

Read:  Season 4 of You, almost ready to release: what we know so far about the future of the controversial Netflix series

Sylvester Stallone will play a mobster

Sylvester Stallone is now in Oklahoma, filming for Tulsa King, and revealed a first image of his character, saying, “Tulsa King has arrived!” In the series, Stallone plays a New York mob boss named Dwight. “General” Manfredi, who is released from prison after serving 25 years, is exiled to Tulsa, Oklahoma, where he intends to build a new crime empire in a new city.

All we have to do is wait for the new series and see if the wait is worth it. In any case, the movies with and about mobsters have always been appreciated by the public, and if we take into account the fact that Sly will play the main role, the result can only be one that gives a plus.

Read:  Secrets that make the Friendship Bridge a technical miracle, from Giurgiu to Bulgaria: six countries worked on it, even the Russians