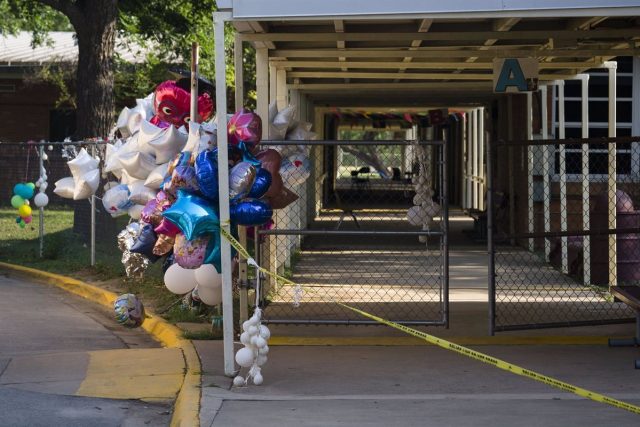 A student who survived the shooting at Robb Elementary School in Uvalde, in the state of Texas, in which at least 19 students and two teachers died, appeared this Wednesday, along with relatives and witnesses of the massacre, before the US Congress. to tell your story.

Miah Cerrillo, an eleven-year-old fourth-grade student, has testified in a pre-recorded video, recounting how the gunman, Salvador Ramos, walked into the class, said “good night” and shot her teacher in the head, as well as to some of his companions, including his friend, who was at his side.

The minor has described that, at the moment before the shooting, they were watching a movie, and that the teacher, realizing what was happening, warned the students and told them to take refuge behind the desks and backpacks. , as reported by the US network NBC News.

Cerrillo, who remained silent and hidden, recovered the phone of her teacher, who had already died, and tried to call the emergency number 911. She was able to survive the shooting because she covered herself in her friend’s blood and pretended to be dead.

Read:  Senegal holds legislative elections tomorrow with balance of power at stake between the government and a budding opposition

Other testimonies, just as harsh, include the moments before and after the Uvalde massacre. A Texas pediatrician, Roy Guerrero, has explained to Congress what he has defined as a “carnage” in his hometown.

“I had heard from some of the nurses that there were two dead children who had been transferred to the surgical area of ​​the hospital,” he said, adding that the bodies of those two children had been so “pulverized” by the bullets that the only clue to know their identities were their t-shirts, which had cartoon patterns on them.

For her part, Zeneta Everhart, the mother of Buffalo shooting survivor Zaire Goodman, has called on US senators to “act on gun violence.” “Lawmakers who continually allow these mass shootings to continue by failing to pass stronger gun laws must be kicked out,” she said.

“If after hearing from me and the others testifying here today it doesn’t move you to act on the gun laws, I invite you to my home to help me clean Zaire’s wounds so you can see the damage up close.” that has been caused to my son and my community,” he added, as reported by CNN.

Read:  Arrested the alleged perpetrators of the murder of the Mexican journalist Lourdes Maldonado

More testimonies of what happened have been heard in the US Congress in the framework, in addition, of a series of initiatives that the Biden Administration has proposed for stricter control of weapons in the country.

Any measure approved by the House of Representatives, led by the Democrats, will also have to go through the Senate, which will require 60 votes to advance and pass, something complicated for the Biden Administration due to the existing division in the Upper House.

A total of 19 children and two educators died on May 24 in Uvalde, Texas, by the shots of a young man who just turned 18 acquired weapons. The case, like so many other shootings in the past, such as the one in Buffalo, has reignited the debate about gun ownership in the United States.