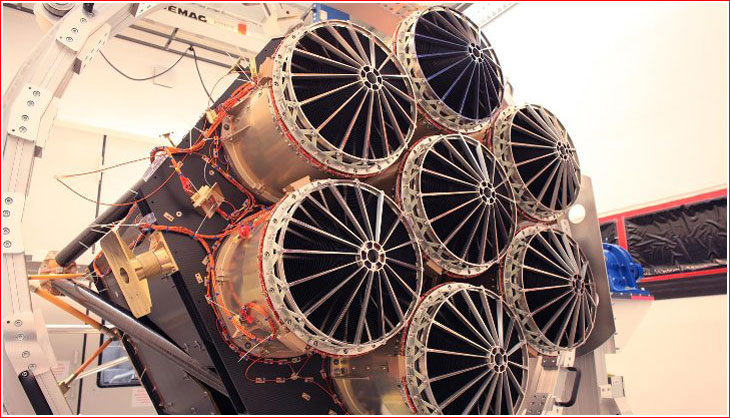 Launched in 2019, the eROSITA X-ray telescope was developed by the Max Planck Institute and is used exclusively for astronomical observations. Russia is involved in a partnership in which the Roscosmos space agency has agreed to launch the European telescope into orbit, attached to another Russian satellite.

Following differences of opinion over the unjustified invasion of Ukraine, German researchers managing this telescope together with Russian partners decided to put it into hibernation, in protest of Russia’s actions.

The X-ray telescope is the main instrument aboard the joint Russian-German mission Spektr-RG, which the Russian space agency Roscosmos launched into space in July 2019. The Russian X-ray telescope ART-XC is also physically attached Russian satellite and works in tandem with eROSITA.

As part of Russia’s “rebellion” effort, which has already seized a large fleet of passenger planes leased from Western leasing companies, it appears that Russia will restart eROSITA without the explicit consent of the Max Planck Institute.

Read:  Pixelating images to hide details can be reversed with a free app

Roscosmos chief Dmitry Rogozin, a staunch supporter of Putin and the Russian invasion of Ukraine, has already announced the plan in a televised interview:

“We have been instructed to start work on restoring the operation of the German telescope in the Spektr-RG system so that it can work with the Russian telescope,” Rogozin said. “Despite Germany’s request to close one of the two telescopes at Spektr-RG, Russian specialists insist on continuing its activity. Roscosmos will make relevant decisions in the near future. “

Rogozin added: “They – the people who made the decision to shut down the telescope – have no moral right to stop this research for humanity just because their pro-fascist views are close to our enemies.”

Instead, scientists who took part in the eROSITA project disagreed with the decision of the Russian authorities, which they described as a political measure with the worst consequences, which would lead to the exclusion of Russian researchers from the international community. scientists.

Read:  Google is testing a potentially unnecessary change for the Chrome browser

Scientists in the eROSITA project use the telescope to map the large-scale structure of the universe, detect hidden black holes in nearby galaxies, and study the physics of X-ray sources such as young stars, supernova remnants, and binaries. X-rays. Thus, there is no question of any use of this device for purposes other than purely scientific ones.

Lev Zeleny, the scientific director of the Space Research Institute of the Russian Academy of Sciences, spoke out against the decision to restart eROSITA, saying: “Our institute – all scientists – strongly oppose this proposal.” The objection, Zeleny said, “is for both political and technical reasons,” he said. following this politically motivated decision.