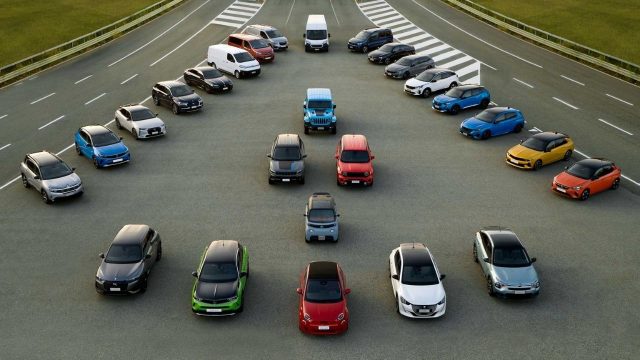 With the removal of regulations on shares held by foreign companies in Chinese partnerships, Stellantis has decided to increase its stake in GAC – Stellantis, a Chinese company established by the former FCA.

However, Guangzhou Automobile Group reprimanded Stellantis for announcing plans to increase its stake in the joint venture without its approval.

The European giant said the agreement was reached with its partner.

However, the GAC said the two sides had not signed an official agreement and criticized Stellantis for issuing the statement.

“The way it was launched has not been approved by us and GAC Group deeply regrets this,” GAC said in a statement.

However, the GAC said that the shareholders of the joint venture have carried out in-depth communication and negotiations to revitalize their business operations, saying that the company has encountered “great difficulties” in recent years.

The plan for China

The GAC added that it will strictly abide by China’s national policy and the necessary procedures regarding cooperation issues and foreign associations.

Stellantis said the plan was approved by the Chinese government.

The proposed move, for which Stellantis did not provide financial details, would have been made possible by a recent change in Chinese regulations, now allowing foreign producers to own more than 50% of local associations as of this month.

Stellantis’ plan to increase its stake in the GAC joint venture is part of a review of its strategy in the world’s largest car market. With a market share below 1%, China is a weak point for the carmaker.

Some analysts believe that Stellantis is looking to capitalize on strong brands such as Jeep or Maserati, and could also consider using China as an export base for the rest of Asia.

“Further details on the Stellantis plan for the Chinese market will be announced in the global strategic plan,” the company said.

Stellantis said last year that it would create a streamlined structure for the development of the Jeep brand in China.

Coco, the dog from Prey, adopted from a shelter: the emotional message published by the association that took her in before she became a...

Coco, the dog from Prey, adopted from a shelter: the emotional...

Michael Meyers - August 16, 2022 0
The canine star of Prey has been dedicated a touching Facebook post. The message came from the animal shelter where she officially lived before...

Coco, the dog from Prey, adopted from a shelter: the emotional...