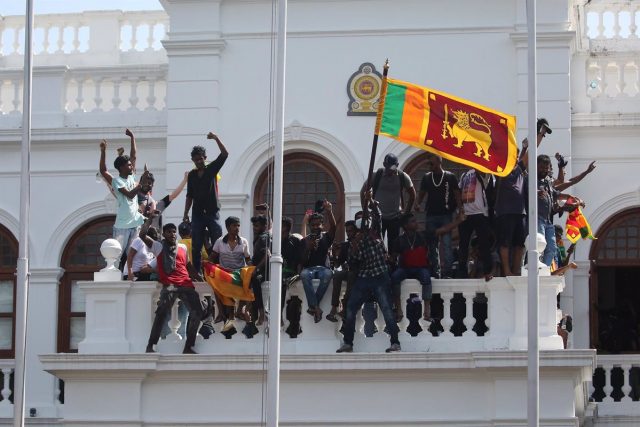 Sri Lanka’s opposition leader, Sajit Premadasa, has announced his candidacy for the island’s presidency following the resignation of Gotabaya Rajapaksa and the appointment of Prime Minister Ranil Wickremesinghe as interim president.

“I am running to become president (…) Although it is an uphill struggle, I am convinced that the truth will prevail,” Premadasa has informed in his profile on the social network Twitter, where he has pointed out that the coalition of the already former president Rajapaksa “dominates the numbers”.

Premadasa’s decision comes after the positive talks that his party, Samagi Jana Balawegaya (SJB), held earlier this week with other formations in the Parliament of Sri Lanka, a country that in recent months is experiencing its worst economic and social crisis since it threw off the British colonial yoke.

Read:  The United States claims that Russian troops have increased by 7,000 soldiers in recent days

Following Rajapaksa’s resignation and the appointment of Wickremesinghe as interim, the Ceinlandic island is scheduled to hold elections no later than March 2023.

The popular revolution that erupted in protest over rising prices and lack of basic supplies has thus forced the ultimate downfall of the Rajapaksa family, after Gotabaya forced his brother Mahinda to step down as prime minister in early May in a superfluous attempt to quell the protests.

Mahinda’s successor, Ranil Wickremesinghe, Rajapaksa’s former rival and the president’s last option to resolve the crisis, also resigned this week before taking over the presidency temporarily to make way for a concentration government whose main function will be to call new elections.

Read:  The European Parliament accuses Russia of clouding the European role in the Sahel with disinformation