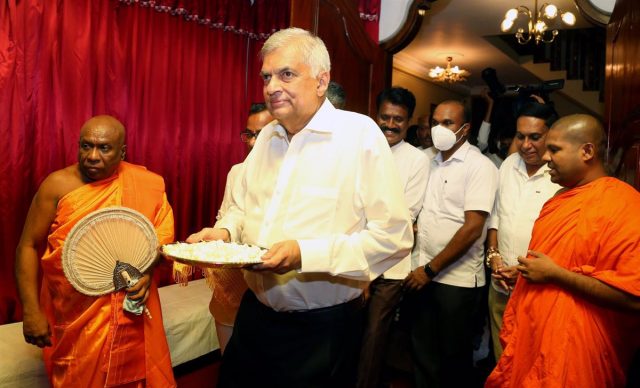 The new president of Sri Lanka, Ranil Wickremesinghe, has assured this Sunday that there is “much to be done” in the country to avoid a “fall” at the global level and has highlighted that the G7 member countries have offered 14 million dollars (13.8 million euros) to the Asian country to face the food crisis.

Thus, he has stressed the importance of taking measures to prevent other developing countries from being seriously affected by the situation at the international level.

During a conference on food security, Wickremesinghe has lamented the effects of inflation, especially on food prices.

“Six million people in Sri Lanka are said to be suffering from malnutrition. Other reports say that this figure could rise to 7.5 million (…) Currently the country has to import a third of the rice it needs,” he said, according to information from the newspaper ‘The Daily Mirror’.

Read:  The Government of France will resign "in the following days" if Macron wins

In this sense, he has warned that Sri Lanka also suffers from an “oil supply problem”. “The G7 global partnership for food security of which the World Bank is also a member has offered 14 million to buy food,” he said.

He has also assured that the country has launched a program to ensure food security. “Our problem is partly ours and partly a global issue,” he asserted.

“The war in Ukraine and the sanctions imposed by the European Union are affecting us. The EU says that the sanctions will not affect us but it is not so and it will push the underdeveloped countries to the limit,” he lamented, although he pointed out that Brussels is not the only one to blame.

For this reason, he has qualified that Russia must also call for a cease-fire. “Both should do so in order to resolve the issues peacefully,” he said.